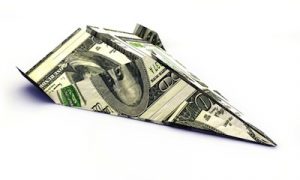 Every airline employs a cadre of fare revenue managers. These are the folks who adjust airfares throughout the day, depending on route, season, demand, supply and other factors. They're a notoriously tight-lipped bunch, but, on condition of anonymity, we got one to explain how the fare game works.

Is there a best time of the day or best day of the week to buy airline tickets?

No. We constantly read stories from pundits who proclaim that Tuesday nights are the best or Saturday at midnight is the lowest time for airfares, but that is not entirely true. Each airline loads fares at different times of the day every day. To say that there is one time of the day or one day of the week that is better than another is false.

Plus, fares are so dynamic since they are based on market conditions and the actual number of passengers who are currently booked on a specific flight that they can change rapidly at any time. Many airlines tend to announce sales on a Monday leading other airlines to match certain fares the following day, but this is not a hard and fast rule. It truly varies from airline to airline.

How do airlines post “mistake” airfares and what are the consequences?

Quite simply, it’s human error. A revenue manager might attempt to do a global reduction on all North America fares for example and lower all fares by more than he intended. We have warnings and systems in place to catch these “fat finger fares” but they don’t always work and it takes a while to correct them. The consequences vary depending on the damage done. Usually you get one mistake and a warning. However, I heard through the grapevine that the guy responsible for that Dec. 26 Delta fare glitch got fired immediately. It probably cost the airline over a million dollars in lost revenue.

What is your role as a revenue manager?

Each airline has a complex computer system based on algorithms that can maximize the profit on each flight based on the types of fares offered on that specific flight. On one flight, there could be as many as two dozen different fares based on different factors such as advance purchase or how many days you stay at the destination. The computer knows that, by releasing (for example) 5 seats at a very low price, 10 seats at a slightly higher price and 20 seats at a slightly higher price, it can maximize revenue as the flight fills up.

On a full flight, we no longer want to offer that el-cheapo fare because it is based on supply and demand. The computer adjusts fares all the way up until the departure time, but as a revenue manager, I can go in and adjust things based on information that the computer may not know. For example, are there specific events taking place at a destination? Are there certain conditions at the departure airport that will allow more than the desired amount of seats to go empty such as weather?

How often do fares change?

Most of the time you will see the same fares for a few days unless they sell out. The biggest changes happen at 21 days, 14 days, 10 days, 7 days and 4 days, typically when advance purchase restrictions knock fares up a notch. The majority of fare changes aren’t really changes on our part: they happen because people are purchasing up inventory at the lowest published fare or the advance purchase restrictions are kicking in.

Why is it that sometimes I can wait until the last minute and find a cheap fare, but other times the fare goes up?

Well, most of the time the fare will go up because the flight will be filling up or the advance purchase restrictions will be kicking in. But on routes with significant competition -- New York to Los Angeles for example -- airlines may have sales or "dump seats" at the last minute to fill the plane if it's not particularly full. It also depends on the day of the week. Tuesday, Wednesday and Saturday are often the cheapest days to fly because we carry fewer business passengers those days.

Why do airlines advertise sales and then I can never find the tickets available at the stated price?

When an airline puts seats on sale, not every item in the store is for sale, just a percentage. Plus, not every flight on a given route may offer seats for sale. A popular 6 p.m. flight may not have anything on sale since people are willing to pay full price for it whereas the early bird 5 a.m. flight may have more seats on sale. When airfares go down, jump on it. The limited capacity of seats will dwindle as time passes.

Why are there so few award seats out there? Each time I try to use my miles, I can't.

This is really a false assumption. There are a lot of award seats out there. We often give away 10-15 percent of our seats as award seats. We are operating a business, and our shareholders wouldn't like it if we passed on top-line revenue. If you are flexible with dates or flight times, there are lots of award seats out there. If a flight is not filling up as we may expect, we can open up award availability as the departure date approaches, so you’ll sometimes do better searching a day before travel or at the very last second.