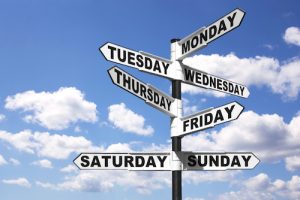 Q. Is there a certain day that's better than others for finding the cheapest airfare? Also, is further in advance better than trying to book a few weeks prior to departure?

A. Actually, Airfarewatchdog doesn’t believe that there’s just one single day to find a low airfare. Yes, it’s true that at least for now, Southwest and Airtran usually launch their sales on late Monday night/Tuesday morning, so by Tuesday other airlines have matched. Tuesday is definitely a good day to search for domestic airfares, at least on routes served by Southwest and Airtran. And on Tuesday or Wednesday, most airlines have also posted their last minute weekend deals. As the week progresses, seats at the lowest fare may be grabbed by other travelers. But we've seen amazing deals pop up on Fridays, Saturdays, or even Thursdays. Sooo, we strongly urge readers not to look for airfares only on Tuesday.

A huge price drop on a route you want to fly could happen at any second, be it six months or even six days from your ideal departure date. Not only do the airlines constantly adjust airfares themselves, but they tweak the number of seats offered at the lowest fare. Someone could be holding the last seat at the cheapest fare and decide to cancel. Voila, the fare is yours if you were persistent enough to look.

The real key to finding a low airfare is to sign up for free airfare alerts-- from us, of course! Check several times a day every day of the week and you’ll be amazed at how often fares change on any given route.