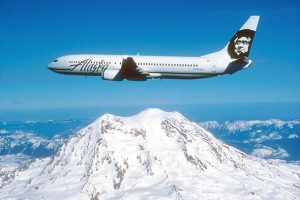 What airlines are most likely to deliver you to the gate within 15 minutes of your scheduled arrival time? FlightStats has taken its annual look at the major airlines in the U.S. and around the world with the highest percentage of flights on time. Here are the details.

Copa had the best on-time performance, with a 90 percent on-time record. The airline beat out LAN, Gol, TAM, Aeromexico, AVIANCA, and Aerolineas Argentinas.

This category looked at low-cost carriers around the world. With on-time performance of 93 percent, Iberia Express beat out big-name LCCs including easyJet.  The only American carrier in the finalist group was Virgin America, with an 82 percent on-time rating (compare that to JetBlue's 77 percent and Southwest's 74 percent and it starts to look pretty good).

This article was published by SmarterTravel under the title The Best Airlines for On-Time Performance Might Surprise You.  Follow Christine Sarkis on Google+ or email her at editor@smartertravel.com.