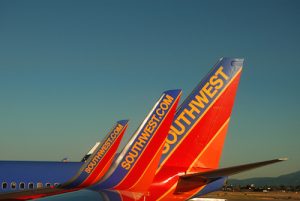 Two Tickets Lower Than One

Q. I noticed recently on Airfarewatchdog that I could fly on Southwest from Washington to Dallas for $49 each way and also from Dallas to Phoenix on Southwest the same dates for $49 each way or $198 round-trip. But Southwest was selling Washington to Phoenix as one fare for $358 round-trip. So why can’t I just buy two separate fares for the $98 each way and fly that way? Why doesn’t Southwest’s computer system price the cheapest fare?

A. Southwest was probably responding to a sale on Virgin America, American Airlines, or another competitor on the Washington-Dallas and Dallas-Phoenix routes. You can buy two separate fares but make sure there’s plenty of time for connections, unless you’re staying overnight in Dallas. If you miss your connection on Southwest the airline will not take responsibility for your onward flight.
Above image via Shutterstock
All products and services mentioned on Airfarewatchdog are independently selected by our team of expert travelers. If you buy something through our links, we may earn an affiliate commission.