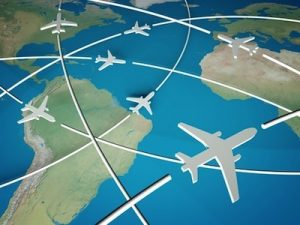 Q. We fly regularly and it always amazes me that the cheapest flights fly you much further than you need to go and with more stops. Can you explain how that is cheaper for the airlines that have to transfer baggage at each stop plus fly me thousands of miles out of the way? For example, I found a flight to Puerto Rico that flew me from San Francisco to New York then to Miami and finally to Puerto Rico and it was the cheapest fare they offered. And on three different planes!

A. It's not always a question of efficiency or cost, but of profit. The airlines can charge a lot more for direct and non-stop flights and people are definitely willing to pay more for that "privilege."  They'll make much more of a profit if they fill seats on a non-stop route with passengers who've paid a lot more than you.  Passengers who pay less get routed onto planes that are less full, on routes that have more empty seats and are on flights that are flown at less desirable times.  Those flights to San Francisco, New York and Miami were going there anyway, and most likely would have had empty seats had they not filled them with people who were willing to pay less to take a longer (and sometimes roundabout) route to other final destinations.