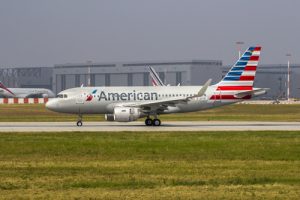 Q. I just took a round trip flight on American Airlines from Dallas to Richmond. My departure was canceled and I was put on an earlier flight. Although their records indicate they sent me two emails I did not receive them and consequently I missed my flight. Then my return flight (a nonstop on American) was canceled 3 hours before it was to depart and I was rerouted on two US Airways flights. That was annoying enough but to add salt to the wound, US Airways charged me $25 for a bag that was supposed to be free on AA. The attendant said their computers are not compatible (after a year of being “merged”) and I had to pay for the bag. This time at least I was notified of the change but only because I'd set up flight notifications on my app.

I asked for compensation before I got hit with the $25 baggage fee. They gave me $100 voucher. I emailed the AA help desk and they awarded me 7500 miles for the additional trouble I had.

I am still not happy with the situation but I feel like I am over a barrel. Shouldn't the airline do more in these situations?

A. This all sounds like an unusual ordeal and although I wholly empathize, actually, that’s pretty good compensation, or at least more than most people get these days. It’s always a good idea to check online to see if your flight is operating as scheduled. You can use services like FlightStats.com or Flightaware.com  and other flight trackers, and now that you have the American Airlines app you’ll be in good shape for your next flight.

When Will Borders Open?