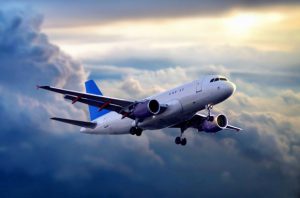 "Fly to London for $99!" You probably saw those excited press reports about the spectacularly low fares that WOW Air hyped for its new flights starting next March. By now, those ultra-low fare seats have probably sold out, but the line will still have some pretty good deals. In any event, if you're thinking about a trip to Europe next summer, it's not too early to start checking out the prospects for low-fare alternatives to the giant lines.

WOW Air, based in Iceland, operated a few flights from the United States last year, but says that starting in 2015 it will fly from Boston to Reykjavik all year and from Baltimore seasonally. Initially, it's promoting nonstop deals to Reykjavik, and through fares only to London/Gatwick and Copenhagen. But the line flies from Iceland to 18 European destinations, so you can expect it to post through fares to other cities over the next few months. And, for the long term, it expects to fly from other as yet unnamed U.S. gateways.

Flights from the U.S. are in A321s certified for ETOPS (extended twin-engine operations); most trips from Iceland to Europe are in A320s. The 321s include a few "extra legroom" seats, at exit rows, and preferred seats at the front of the cabin. Unfortunately, you can figure on a sleepless night eastbound: At least for now, all flights to Reykjavik are overnight red-eyes, even though they take only five hours.

You may still be able to catch one of those $99 seats to London and the slightly higher return (thanks to the hated U.K. passenger duty), but I couldn't find any left when I tried last week. I did find, however, some pretty low peak-season fares, including a Boston–London round-trip for about $560 for travel from July 7 to July 23; nearby dates were several hundred dollars higher. But, for most of you, that $560 would be elusive. WOW charges a lot more than other low-fare lines for just about everything: One checked bag, up to 44 pounds, would cost $125 round-trip, and even a carry-on more than 12 pounds would cost $70. I suspect not even the most frugal U.S. travelers could head for Europe without at least one suitcase. And you pay separate fees for seat assignments on each leg of the trip, or four times for the round-trip.

For now, even with the stiff bag fee, WOW's summer fares look good compared with what the giant lines are currently posting: $1,234 Boston to London nonstop and $1,019 via Reykjavik on Icelandair. But you can expect a lot of fluctuation between now and July, and WOW will likely sell out its lowest-fare seats before long.

As far as I can tell, WOW isn't offering the no-charge Iceland stopovers for which Icelandair is famous. Those may come later. And, for now, the fare just to Reykjavik is higher than the through fares to the Continent.

Meanwhile, WOW is by no means your only low-fare option to Europe:

* Currently, the most ambitious low-fare transatlantic operation is Norwegian, with planned flights to Scandinavia and London/Gatwick from Ft. Lauderdale, Los Angeles, New York, Oakland, and Orlando. Posted New York to London round-trips for July start at $960, compared to more than $1,600 to $1,800 on American, British Airways, Delta, and Virgin Atlantic. These flights will operate regardless of Norwegian's current problems with setting up an Irish subsidiary. If it can set up in Ireland, you can look for vigorous expansion.

* Air Transat will offer low-fare nonstops from a bunch of Canadian cities to key European destinations, although mostly with a sub-economy charter-style product.

* Several of the big European-based charter-style airlines—affiliated with big tour operators—will also feature Florida, as well as a few other U.S. destinations.

All in all, if you can score a really good deal on WOW and possibly Norwegian, buying now might be a good idea. Otherwise, you're probably better off waiting for promotions from the giant lines next spring.

21 Photos That Will Make You Want to Visit Seattle

10 Things Locals Want You to Know About Seattle

This article was originally published by SmarterTravel under the title Low-Fare Airlines to Europe Next Summer: Early Look. Follow Ed Perkins on Google+ or email him at editor@smartertravel.com.