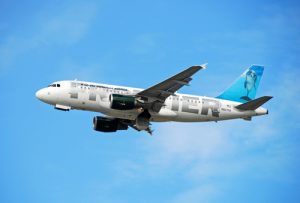 Q. When Frontier first announced flights out of Washington Dulles in July, they offered a promotional $39 RT flight to Charlotte. I jumped at that since I wanted to visit my sister who has been ill and have her come to see me in DC. So in July I booked two flights---one for mid-January and one in February.  Now I’ve been informed that Frontier flights out of Charlotte are being discontinued in January.  I asked to be booked on a different airline and they said they don’t have “sister” airlines or codeshares. They offered a refund but at that promotional rate, and now that fares seem to be increasing, a refund does little to get us between Charlotte and DC. Do I have any recourse to get them to book me with another airline since they booked these reservations and I paid for them already?

A. Unfortunately there is no compensation for this but there should be. In fact as I have often written I think it's the next big area the U.S. DOT should regulate. All too often people are suckered into buying a vacation with non refundable land arrangements based on a cheap airfare only to learn month later that their $39 intro fare is now on an airline that decided not to fly there any longer and the only alternative is an unaffordable $300 or higher fare. Frontier and their cousins Spirit and Allegiant frequently dip their toes in a market with much fanfare and super low fares and then pull out just as fast when the routes don't live up to financial expectations, leaving chaos in their wake. It's not right and it is not fair.