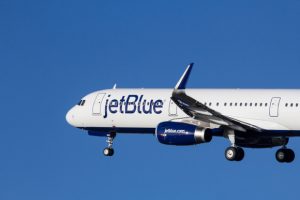 No more fee-free fare drop refunds on JetBlue, for most customers

JetBlue has one of the best (maybe the best) customer protection programs in the airline business. Most people don't even know it exists.

Compensation is automatic if you book on Jetblue.com, but if you book through a third-party you must call JetBlue to activate.

As do most airlines, if JetBlue cancels your flight you can apply for a full refund, even on non-refundable fares. That's nothing special. But if there's a flight delay, JetBlue is unique in offering flight credits (valid for spending on future JetBlue flights within one year of issue) of between $25 for a delay starting at 90 minutes up to the full value of your fare for delays 6 hours or longer. Only caveat: the delay must have been within JetBlue's reasonable control, so a weather delay doesn't qualify.

They also offer onboard ground delays (i.e., "tarmac" delays) compensation starting at 3 hours, although D.O.T. regulations state that you must be allowed to deplane if a tarmac delay lasts 3 hours or more. If for some reason you're stuck on the ground upon arrival for between one and two hours, you'll get a $50 credit. Over two hours, you'll get a credit in the full amount of your fare.

So that's the good news.

The bad news is that JetBlue was one of the few airlines, along with Southwest and Alaska, that would give you a flight credit, with no rebooking fee, if a fare dropped between the time you buy and the time you fly. (Many airlines charge a $200 fee for rebooking at the lower fare on domestic tickets, and more for international fares). But as of August 14, 2014, JetBlue no longer issues fee-free fare drop refunds on most fares.

If you're a Mosaic frequent flyer on JetBlue, you still get a full refund (you can qualify for TrueBlue Mosaic by flying 30 segments plus 12,000 base flight points within a calendar year by or earning 15,000 base flight points within a calendar year). But for all other passengers, on most fares you'll pay a $75 fee to have your flight credit issued, which could wipe out a lot of the fare drop's value. It's still better than the $200 or more that United, Delta and American charge, but it's an unwelcome change, indeed.