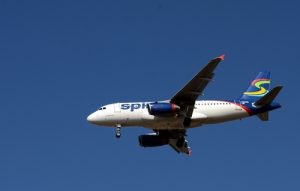 Q. While on a group trip, half of our party missed the flight and had to pay a fee of $100.00 per person ($1100.00 total) to reschedule for the next flight. Our flight was scheduled to leave from Orlando at 10:37pm, we were at the ticket kiosk at 9:50pm due to a delay at the rental car location. Someone at Spirit Airlines advised us to get out of the kiosk line we were already waiting in and into another line. After about 5 to 10 minutes standing in the second line, another Spirit employee who advised us we needed to be in the line we were originally in. We were furious because it caused us to miss the final boarding call and they would not call ahead to the boarding area to advise we were on our way.

What recourse do we have in recouping money lost in fees and hotel stays?

A. Spirit is notorious for fees and for difficult customer service. People fly them because their fares are sometimes 90% less than competing flights, although lately we’ve seen the major airlines match them on many routes.

But arriving at the check in kiosk 47 minutes before take off put you in a difficult position. You’d still need to check in, check bags, go through security, and walk to the gate. Your flight probably “closed” (meaning  that you were supposed to be on board in your seat) 15 minutes before scheduled take off (some airlines close flights 20 minute before take off, allowing them to leave the gate earlier than scheduled), so you probably wouldn’t have made your flight anyway, especially with a large group and little kids in tow. I realize that there was a delay at the rental car counter, but I always advise people to arrive at the airport, even for a domestic flight, two hours ahead. You just never know what might happen. A flat tire, traffic, unusually long TSA lines—a hundred different delays could affect your plans. And these days, missing a check in deadline, as you discovered, can be a huge inconvenience if there are no seats until the next day or you need to pay a fee.

Many people hate arriving at the airport early, but airports these days have all kinds of amenities to distract you. Plan to have a meal (airport food outlets have improved enormously of late); some airports have museums and play areas for the little ones, mini-spas, and other diversions

I doubt you’ll get anywhere with Spirit.