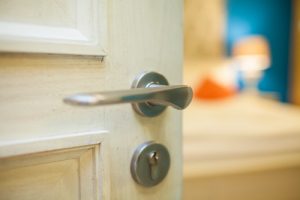 To some, Airbnb.com is one of the greatest things to happen to the travel industry in recent times. It's the prime example of how the new "sharing economy" is going to change everything. It's so much more interesting than hotels, it is the best way to experience a destination, a fantastic way to meet new people.

To some, Airbnb.com is one of the greatest things to happen to the travel industry in recent times. It's the prime example of how the new "sharing economy" is going to change everything. It's so much more interesting than hotels, it is the best way to experience a destination, a fantastic way to meet new people.

It definitely can be all of those things, sure, but some users of the site brush up against the harsh reality that in many ways, Airbnb is far from perfect. Let's start with the elephant in the room: In many cities, Airbnb is flat out illegal. You can actually be evicted during your stay – it's happened – and your host could find themselves on the street, right along with you (this has also happened). Then there's the too-infrequently reported fact that Airbnb routinely collects up to 12 percent in fees from users on every single booking, which can amount to the cost of a hotel night in many cities. (Hosts pay a kinder, gentler three percent, by the way. Why? Because the last thing Airbnb wants to do is discourage hosts from signing up. Too bad users aren't as valued.)

Then there's the business of the site setup itself – I've personally spent far too much time searching for places to stay, only to find that the owner won't respond to emails, or that they aren't even renting the property anymore and "forgot to take down the listing." I also know of users who have booked – and paid for – apartments listed as completely private, only to find them anything but. I've heard of hosts informing guests halfway through their stay that they're moving the guest across town, with no compensation for the hassle. As is to be expected when you book into a stranger's home (or, when you rent your home out to strangers), things can get plain weird. Stories of such weirdness are everywhere – here are just ten cautionary tales.

3. The crime scene
Publicist Jessica Penzari rented her Midtown Manhattan apartment this past month to a woman who told her she was military, looking for a little R&R; Penzari was alarmed to receive a call from the cops to alert her that a woman (who turned out to be a prostitute) had been slashed by a man (who turned out to be a john) in a dispute over the cost of services. Airbnb put her up in a hotel and sent a professional cleaning service.

4. The sudden eviction
Matt Lynley moved to New York ready to take over the world – but first, he'd come face to face with some of Airbnb's greatest weaknesses. After numerous hurdles, including having most of his cash tied up in a pending charge when an owner wouldn't verify a booking – Lynley ended up in the spare room of an apartment in a luxury building with a nosy doorman and a vindictive building management, which, it was reported,  ended up slapping a very specific eviction notice – for his room – on the apartment's front door.

5. The fraudulent rental
A California man was enjoying his rental in Berlin when a knock came at the door from a man who professed to be the real owner of the unit, wondering what was going on in the apartment. "This guy with a thick Russian accent knocks on my door, demanding what I'm doing in his house. For a moment I thought I was in a bad 80s movie," he said at the time.

6. The watershed moment
Back in 2011, a San Francisco woman came home after a week away to find her apartment ransacked and trashed; a very public battle with Airbnb ensued; executives eventually apologized on the record – the incident lead to the creation of the site's current host protection policy.

7. The soiled penthouse
Recently, Rachel Bassini rented out her Manhattan penthouse to an unassuming guy named "Jeffery," who had a profile picture of him looking perfectly normal, with a wife and young child. Jeffery turned out to be the host of a party that left her gorgeous apartment in ruins, covered in condom wrappers and bodily fluids and, er, excretions.

8. The pop-up brothel
Two Stockholm women handed over the keys to their apartment only to find eventually that their flat was being used as a brothel. How'd they find out? The police alerted them that their home had just been raided – two working girls had been caught in the act.

9. The competitive landlord
Chris Dannen quickly racked up nearly $20,000 in bookings on his Brooklyn apartment, so he was curious when everything suddenly went quiet. One culprit: His landlord had decided to go for a piece of the action, renting out rooms in a nearby building. Dannen was soon served with a restraining order, requiring him to stop renting and to evict current tenants. He was later evicted as well.

10. The bait and switch
A California woman was excited to find a reasonably-priced rental in Austin, Texas during an event weekend, making the 50 percent down payment and counting her good luck. Out of nowhere, the host emailed to say that they'd forgotten it was a busy weekend and that the rate was actually three times what she'd agreed to pay, leaving her in the unpleasant situation of negotiating her way out of the booking and struggling to find alternate accommodation on one of the busiest weekends of the year.

Of course, hotels aren't always perfect either. They can overbook and "walk" you, although they at least they pay for the night at the alternate hotel they provide. I did try booking on Airbnb a few times, but each and every time I was either rejected by the landlord or canceled at the last minute. I'd rather stay in a nice Hilton Garden Inn, any day.

How to get a better seat the next time you fly