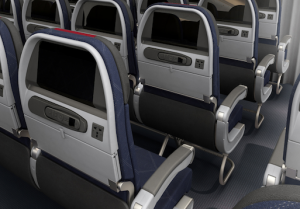 Airfares Higher, But New Planes Take Out Some Sting

Airfares are higher than they've been in years, but there's some good news: airlines are at least putting your money to good use, buying new planes with the latest in-flight entertainment systems, seats that maximize knee-room if not hip room, and inflight connectivity. Here's a look at what's in the works at three iconic carriers from the front of the plane to the back.

You may not believe your eyes when you step aboard AA's new Boeing 777-300ERs. Yes, you're on American, and although they still fly those aging MD-80s, 757s and other workhorses of the fleet, if your play your cards right you can experience one of the best commercial jetliners in the sky. American's 777-300ER  has it all. Let's start with speedy international Internet connectivity. Then there's what I consider to be the best in flight entertainment (IFE) in the skies, especially if you're in first or business class, with larger screens and Bose noise-cancelling headphones. The IFE is touch-screen just like your iPad, and the selection of audio and visual content is so cleverly curated and so extensive that I didn't know where to begin. All classes have this new IFE, and all have 110V power ports (the same kind you'd find at home, not those DC adapter things) and USB ports. You'll now find fully-lie-flat (FLF) seats in first and business, both classes with aisle access from all seats. In economy class, seat backs at knee level have been carved out to provide extra room, and there's even more room in Main Cabin Extra (premium economy). Little touches: the flight map is displayed in the cabin independently of the IFE (so you don't have to flip back and forth from your movie to see where you are) and AA has opted for individual air valves (airlines have the option of ordering their planes with or without). American will be taking delivery of new Airbus 321 later this year and will be flying them on trans-continental nonstops. Again, these airliners will be fitted with lie-flat seats in business and first, and as on the 777 you'll have aisle access from every seat in first class. More info here. 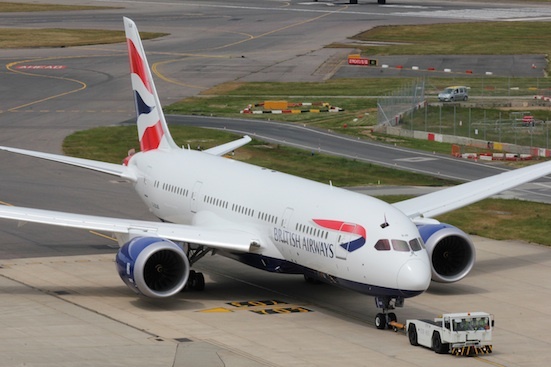 British Airways launched the first lie-flat business class seat (first, that is, if you don't include the beds in the Pan Am Flying Boats) when it introduced Club World, which was eventually copied by the rest of the aviation world and quickly cannibalized its first class product (which was made fully flat years later). The current iteration of the Club World cabin, with half the seats facing forward and half backward, survives in the airline's new Airbus A380 and Boeing 787, which were both delivered in early July (as CEO Keith Williams pointed out, BA hasn't taken delivery of an entirely new aircraft type in 17 years). And although BA's fleet never looked as tired as American's did at its nadir, these new planes are pretty spiffy. I rode the A380 from Airbus' Toulouse factory to London Heathrow, and although it was a short flight I was able to sample, Goldilocks-like, sitting (or lying down) in all four cabins (first, business, premium economy and economy). Regular economy passed my no-touch knee test thanks to a recess in the seats in front just at knee level, and premium economy seats are almost as comfortable as traditional first class on many domestic U.S.-based airlines. Club World wasn't broke so they didn't need to fix it in these new planes. 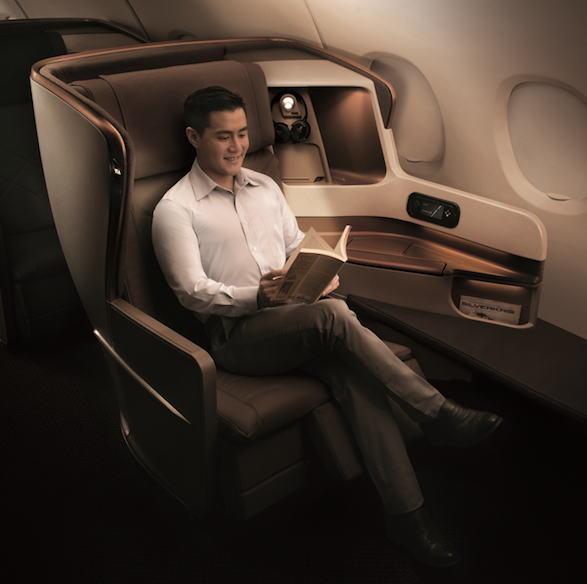 Singapore, which recently retired its Boeing 747 fleet, is adding new planes too: 787s on medium-haul routes and Airbus A350s on long-hauls. And since it's been five whole years since they last enhanced their in-flight experience with the launch of the A380, they will be upgrading all cabins (in new deliveries except the A380 for now) with evolutionary upgrades. In economy class, new seats have been tested and designed for extra comfort (the material is cushier than before, which is a nice departure from what some U.S. airlines are doing with thinner seats), and as with other airlines the seatback is sculpted out to provide extra knee room (I sat in a mock up and although I'm six feet tall my knees weren't anywhere near touching the seat in front). All seats have standard US and UK power and USB ports (a luxury, if you'll recall, that once was confined to first class on most airlines) and a vastly improved IFE with larger touch-screen control. I was also impressed with the economy class seat recline--as in, it actually reclines more than a few centimeters. Adjustable cradling headrests have also been added.

Over in business class, an extra two inches has been added to the lie-flat beds, which, as my mock up test demonstrated, actually does make a difference if you're six feet tall or bigger. And the bedding surface has been graced with an extra layer of padding. There seemed to be more interest in the business class seat than anything else at the product launch I attended, especially from the foreign media. Singapore uses a "flip down" mechanism on its lie-flat seats (it requires fewer motors so it's more reliable and lighter so it saves fuel) as opposed to the model used by AA, BA and most other airlines (infinitely adjustable from take off position to flat). As a compromise of sorts, the new business class seat has a wider range of motor-activated recline positions without having to flip the seat down to a bed (there's a sort of La-Z-Boy option called "Lazy Z" appropriately). All the new seats were staff-tested (i.e., guinea pigs were asked to spend the night in them) as well as displayed in the airline's airport lounges for consumer feedback.

In first class, there's more privacy than before with a new "shell" design, taking some design cues from the Suites first class product on the A380. First gets even larger video screens, improved lighting, larger seats, handy new storage compartments, and other refinements.

So while no one likes higher airfares, at least we're flying in better planes.