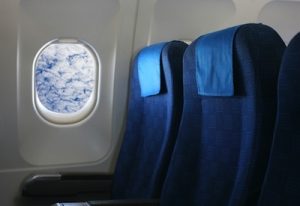 Late Connection, Seats Given Away

Q. I recently read that if a passenger on Southwest has a nonrefundable ticket, and a portion of the flight is not used and not canceled or changed by the passenger prior to schedule departure, unused funds will be lost and the remaining reservation will be canceled. Would that apply to passengers who are on a late arriving flight and miss their connection, having had no opportunity to contact the airline to let them know that they can't use a portion of the ticket because the plane did not arrive in time?

The reason I ask is because my husband and I recently had a flight on Southwest from Charlotte, NC to Oakland, CA, with a plane change in Chicago and stop over in Las Vegas. The plane left Charlotte two hours late due to weather. We arrived in Chicago, found out the gate number for our flight which was in a different terminal and ran like the dickens as the plane was scheduled for departure in minutes. We had our boarding passes in hand but when we arrived at the gate our seats had been given to two standby passengers. Luckily, Southwest honored our boarding passes and made the two standby passengers deplane.

A. First of all, most airlines would not do this. They'd let the standby passengers stay in their seats, unless those passengers were on a "buddy pass," airline employees who didn't have an urgent need to travel, or other passengers traveling on non-essential airline business. So kudos to Southwest! Anyhoo, the answer to your question is no, you would not be penalized in this scenario. You're not at fault for the flight running behind schedule, and even if you didn't make the connection, Southwest would put you on their next available flight.