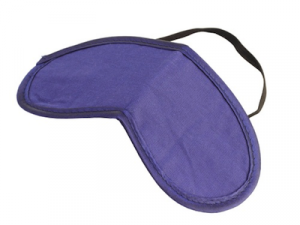 Jet Lag: To Nap or Not to Nap?

The term “jet lag” first started appearing in people’s vocabulary about fifty years ago, shortly after the advent of the jet age. There are many theories out there on how to avoid jet lag.  Many depend on direction of travel, time, and duration of flight. The fact that fifty years later we are still discussing how to avoid jet lag and conducting studies on methods of coping with changing time zones tells me there isn’t one simple answer.

Recently, I was invited to join a jet-lag study onboard an Air New Zealand flight, nonstop from Los Angeles to London. I was joined by other frequent travelers as we were questioned on everything from pre-flight rituals to our plans once we landed in London.

I should note that one of my previous jobs was working as a flight attendant for an international charter airline. This gig had me flying all over the world on a very regular basis, both as a working crewmember and as a passenger when we were being positioned to meet our aircraft. I’ve flown on quite a variety of airlines and in all classes (mostly coach), where I’ve learned how to sleep on the plane.  This is a pretty essential skill to combat jet lag. When I was taking long haul flights on a weekly basis, I remember not really feeling affected by the jet lag.  I pretty much just got used to it and got in the groove. The old saying was, “Sleep when you’re tired, eat when you’re hungry.”  Obviously, this would get modified slightly to “Sleep and eat anytime you get a chance.” The schedule was so erratic that this was a necessary way of life.  Basically, it was a series of short naps that culminated into an extra long sleep once I was back home and had a few days off.

On this trip, we were set to depart Los Angeles at 4:45pm and land in London at 11:15am. To prepare for the flight, I did try to adjust my sleeping schedule slightly, but only the day before the flight.  After packing for the flight, which included an empty water bottle to fill and travel pillow (two essentials for long haul travel), I met up with a friend in Los Angeles and hit the town for a late night in Venice.  I made sure to enjoy the adult beverages in moderation, because a hangover does nothing to help the flying experience.  My plan was simply to stay up really late and to stay out socializing with others rather than just lounging at the hotel or watching the tube.  This would help ensure that I would be tired the next day when it was time to travel.  For me, it’s best to sleep as much as possible on the flight and this is obviously much easier when you’re tired rather than trying to force yourself to sleep when you’re wide awake.

Of course, the seat choice has a lot to do with ability to sleep. For me, I try to always pick a window seat so I can lean on the window with my pillow and not have to get up for others. “Window seat” was my answer when we were asked the first thing that comes to mind after hearing the phrase “10-hour flight.” Luckily, for this flight we were enjoying the perks of Air New Zealand’s Business Premier, which has the most spacious lie-flat bed I’ve seen in a business class seat. One interesting feature was that the back of the seat folded forward and was covered with a memory foam topper to make quite a comfortable, sturdy bed. The only disadvantage to this is that you are required to stand up if you want to convert between a seated or lie-flat position. This is no biggie though, because the seated position has a nice recline for lounging.

One of our activities for the focus group was to create a pie chart on how we planned to spend the flight and compare it to how we actually spent the flight. Half of the group seemed to be pretty ambitious with plans to divide most of the time working, watching movies, reading, etc., leaving little time for sleep. The other half planned on sleeping at least half of the flight and dividing the rest of the time with other activities. My plan was to sleep over half the flight, dividing the rest of the flight evenly between working and watching movies during meal service.  I find it’s best to limit myself to just one alcoholic beverage with the meal and then drink plenty of water throughout the flight.  Too much alcohol inflight usually makes for an ugly arrival. After the meal service, I try not to fiddle much with watching the TV screen, because it requires you to keep your eyes open.  Instead, I tend to pick some mellow music to drift me off to sleep. I never take sleeping pills, because I fear it could lead to me to not being able to sleep without them. Pink Floyd usually does the trick.

When we were asked about our plans upon arrival, it seemed most of the other travelers in the focus group were determined to not take any naps, power through the day, and sleep at the normal hour local London time.  I had a slightly different approach, in that I would allow myself to take a short power nap (one hour max) upon arrival, if needed.  My reasoning is that if you’re too tired to do anything productive or worthwhile, you might as well take that short nap to revive a bit. In this case, alarms are key, as is the will power to actually wake up after a short nap. It’s understandable that some people are not able to do this well, so this method is not for everyone.  Immediately upon arrival, I adjusted my phone’s clock to the local London time, as this would now be my local time for the next three days. I think it’s a good idea not to think about what time it is where you came from too much. Occasionally, you may need to for communication purposes, but it’s best not to dwell on it throughout the day. The time zone you are in should be the time you are on, at all times.

After some sightseeing, I returned to my spacious room at the Mandarin Oriental Hyde Park for a quick one-hour power nap. This, along with a shower to wake up a bit, revived me enough to enjoy the rest of the day without getting bogged down or zombie-like.

I also find it’s a good idea to do something active the day of arrival so I walked around the corner, rented a bicycle from London’s extensive cycle hire network, and took a nice ride around Hyde Park.  I was so impressed with the ease of the cycle hire system, that the bicycle became my main mode of transportation in London. Luckily, I only got caught in the rain once.  Later in the evening, I ate a late dinner and eventually went to sleep around 11pm local time. I slept through the night and felt pretty normal when I woke up in the morning. I didn’t really feel any jet lag.

With all the technology and entertainment we have these days, it can be hard to turn off at bedtime. A few in the group did mention waking in the night and working on their laptops, but for me it’s best not to have any of those distractions available. I remember waking up once or twice in the middle of the night, but I would just lie there and eventually fall back asleep. I just set the alarm for the morning and stay in bed until that alarm goes off.

These are my methods on handling jet lag, but as I said before, I don’t believe there is a one-size-fits-all answer.  This is evident in the variety of responses to a recent LinkedIn poll asking the question, “Do you nap after a red-eye flight?”  My answer is, if necessary, yes, but keep it short.  If you fly long haul often enough, you’ll likely find your own way to cope with jet lag.  For those of you who don’t fly long haul too often, it will be harder to deal with a drastic time zone change.  One thing is for sure; your long haul flight will go by much quicker if you can sleep for the vast majority of the flight time.

For more on @AIRNZUSA’s jet lag study, check out this infographic and #NoLagtoLondon on Twitter.