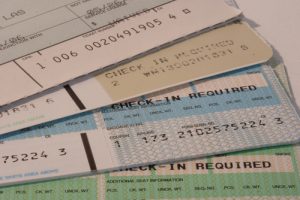 Name Changes to Tix for a Reasonable Fee

Q. With airline tickets, the reason many buyers seem unhappy with the service is because of the 'non-refundable', 'non-transferable' policy that most airlines have adopted. From my point of view, it seems that these restrictions could only lead to dissatisfied customers and a negative stigma attached to dealing with the airlines. Why then do the airlines insist on keeping these policies? Are there any laws that say they have to prevent tickets from being transferred (security etc.)?

A. Actually, some airlines do permit tickets (or fare value) to be transferred or spent on someone else in the case of a cancellation. Some of Frontier Airlines’ non-refundable fares can be transferred to another person for a fee of $50 (or $100 on their cheapest fares). Mexican airline interjet allows name changes for $25. Over in Europe, Ryanair allows name changes for a stiff fee of 110 Euros, which often wipes out any value the ticket might have had. I don’t think there are any laws against airlines issuing a credit or allowing name changes, but doing so for free would rob them of their hefty cancellation penalties. Why more airlines don’t follow Frontier’s or interjet’s example, allowing a name change for a reasonable fee, is a mystery to me, unless they believe that doing so would result in a revenue hit or excessive administrative costs. Clearly, if Frontier and interjet can permit this then there can’t be a government regulation banning the practice.