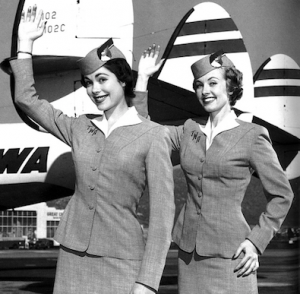 It's not breaking news to anyone that flight attendants have it hard these days.

Gone are the days where the job was a ticket to jet set to exotic lands. Today most airline flight attendants work more hours while earning the same salaries on planes that are fuller than ever.

I like to talk to the flight attendants on my travels. Over the years they've passed on their secrets to making their jobs a bit more tolerable, and how to provide better customer service with the limited resources they have.  Here's a list of best:

Double bagging coffee: Despite airline marketing departments competing to offer the tastiest blends of coffee, even Starbucks can sometimes taste watered down in flight. It all depends on the coffeemaker on the airplane. Sometimes the brew basket can leak leading to weaker coffee while other times grounds can clog the drip basin (which are rarely cleaned anyway). Many flight attendants have learned to put two bags of coffee grinds in the coffee maker to produce a more flavorful pot for their passengers, and they like to do it on early morning flights or redeyes to serve before landing to help people wake up.

Warming plates and mugs: While food service is limited these days on many flights, passengers sitting in first and business class on longer flights are rarely spared a meal. A common trick of crewmembers is to warm empty plates and coffee mugs in the oven before serving with them. Catering trucks often pack these items in the same chilled carts as other items, which can cause food or coffee to get cold faster when being used. Of course, this requires you to have a flight attendant who actually cares enough about how their passengers enjoy the service. But, feel free to ask to have your coffee mug warmed in the oven or at least filled with hot water once before drinking your coffee or tea in it. It makes a difference in keeping it hot longer.

Ignoring the drunks: Flight attendants are used to dealing with over-served passengers, who may think they can handle a few more drinks before landing. While most FAs will not cut someone off right away, they do have a few tricks up their sleeves. These include making no eye contact with the passenger or avoiding walking by their seat entirely. This can result in less service to other passengers nearby though. If more drinks are ordered, we fill the glass only half way or dip the rim of the glass in the chosen liquor and water down the rest of the drink so they will not notice the weaker drink.

Stuffing the bins: An airline's fleet is made up of a variety of different aircraft types; each with varying overhead bin capacity. Boarding is often noted as the least favorite part of a flight by crewmembers because of the carry-on baggage logic puzzle that always takes place. Even if a bin is fully stuffed, the door may not close all the way. A popular trick of flight attendants is to place a pillow, blanket, or other small items underneath the top of a bag to angle it so that it fits more easily within the curvature of the door. This trick might just help save you from checking your bag at the last minute on your next flight.

Neutralizing the odor: Airplane lavatories see a lot of use (especially on long flights), and deodorizing devices are not always capable with keeping up with the odor. Many flight attendants place coffee ground bags in bathrooms to neutralize the smell since the grounds absorb some of the odor. If you find a smelly lavatory on your next flight, ask a flight attendant for a coffee bag to quell the smell.

Collecting the goods: When flight attendants are collecting trash, they are really filtering the trash. Many American carriers these days recycle, but you will often hear flight attendants request that you hand magazines and newspapers to them. The main reason is because these are heavy and bulky and take up a lot of space, but most will tell you they want to stash up on the latest publications they do not receive at home. Want to make a flight attendant smile, give them a stack of the latest gossip or news magazines.

Hoarding the leftovers: On long flights, many airlines allow flight attendants to enjoy the leftover business or first class meals. If you choose not to eat at the beginning of the flight, be sure to let a flight attendant know your menu choice. If not, hungry flight attendants later in the flight may think you do not want to eat and can gobble it up themselves. In addition, customs regulations do not allow airlines to enter a country with half-full bottles of wine or alcohol, which is why you often see some flight attendants pouring them down the drain before landing. If you are the only one enjoying a certain vintage, you are more likely to be served to your heart's content or even prance home with a nice bottle yourself. Flight attendants hate dumping it out, and some daring crew members will make their own "crew juice" mixing red and white wines into an empty water bottle for their own enjoyment at the layover hotel.