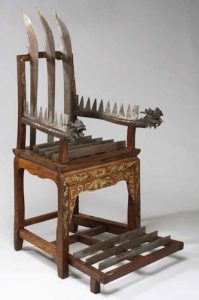 Tips for Scoring Cheap Upgrades & More Legroom When You Fly

Have you noticed that padding on airline seats is getting thinner? And the rows are getting closer together?

Back in the days when the Lockheed Constellation and the DC-6 ruled the skies, seats used to be less punishing -- they were more like your dad’s La-Z-Boy than the church pews they are today.

Now, in order to save fuel and squeeze in more passengers, the padding has been minimized -- and, as we all know, the rows of seats have been placed closer together. And seats may get even thinner as airlines attempt to save fuel with lighter, slimmer seats.

Now, more than ever, upgrading to a seat with more personal space can be a sanity-saver. Here are eight ways to help make your next flight more comfortable at “minimal” cost:

1. Buy a coach seat with extra legroom. JetBlue, Delta, United and other airlines will sell you a few extra inches of legroom at the front of the economy cabin or at exit rows for a reasonable upgrade fee. JetBlue charges as little as $10 extra for seats with 38 inches between rows, and even the standard seats have 34 inches between rows, rather than the 30-31 inches typical on some airlines. (JetBlue also throws in priority boarding and “fast track” TSA lines at most airports.) United has long had its Economy Plus option, offering "up to 5 extra inches of legroom" in coach, starting at $9 per flight for shorter hops and going up to, say, $109 each way on a LA to Tokyo flight. There's also a $425 per year "annual option" giving you unlimited upgrades to the roomier seats, subject to availability of course. Other airlines may offer spontaneous "extra coach legroom" upgrades at the airport, so be sure to ask about them at check in. You never know what you might snag.

2. Buy a cheap domestic business class seat on a discount airline. Airtran (at least until it’s fully integrated with Southwest) and Spirit sell roomier business class seats for far less than most other airlines. Airtran will let you upgrade to business class from any fare at the airport on a first-come, first served basis for $69 and up per flight segment (that's one take off and one landing), or from higher economy fares in advance; Spirit’s Airbuses have one row of four extra-wide seats at the front of the plane with more legroom for sale at $12 to $199 if bought in advance or $25 to $75 for onboard upgrades, depending on flight length.

3. Buy a non-refundable discounted business or first class seat on a network airline.Although not exactly “cheap,” airlines sell business and first class fares at discounts on their websites. For example, on a Los Angeles to Miami nonstop, American was recently selling economy class seats for as little as $149 each way including tax. But AA was also selling non-refundable “first special” fares for a mere $368 each way (refundable first class was $2148). Just to show you how nonsensical airfares are, “instant upgrade” fares from economy to business class were going for $840 each way, so first class was actually less than half business class.

Other airlines, such as US Airways, also offer these discounted fares.

4. Buy cheap first class last minute upgrades. Virgin America offers last minute upgrades (6 hours before flight time) to its luxurious first class cabin for fees that vary depending on the length of the flight, and US Airways has a similar program called "Go Upgrades"  allowing passengers to upgrade from economy class to first for $50 to $500 each way, depending on flight length, 24 hours or fewer before flight time. You can upgrade by phone or at the airport, and international flights are included. See this chart for more details about these and other programs.  Other airlines sell upgrades at the airport when you check in, either with an employee or at the kiosk. If you don’t see an upgrade offer, ask a representative at check in.

5. No "extra legroom for purchase" option on your airline? At the very least, choose planes with more legroom. Not all aircraft are created equal, even when flown by the same airline. Check out the "seat pitch" data at Seatguru.com and book on an aircraft on which seat rows are spaced further apart. Doing so can earn you as much as two inches of extra legroom. Your knees with thank you.

7. Use miles to upgrade. This is one of the highest-value ways you can spend your miles. Upgrading a $400 fare on United from New York to LA to a $4000 business class fare for 30,000 miles is a better deal than spending those miles on a $400 fare. Unfortunately, many airlines now charge miles plus cash to upgrade (See chart for more).

8. Be loyal. Upper-tier frequent flyer program members get free upgrades, priority access to exit row seating at no charge, and other perks on many airlines, so stick with one airline, fly frequently, and attain "premier" status.