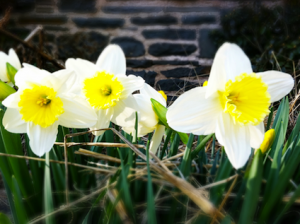 10 colorful spring festivals worth the trip

It may feel like summer out east and winter out west, but according to the calendar, this really is spring we're having. And spring, of course, means flowers. Which means it's once again time of year for a whole series of festivals, designed to highlight – and celebrate – both flowers and spring in general. Feeling festive? Here are ten great garden parties coming up on the calendar – along with the lowest available airfares to get you there.

It's not the most famous of the East Coast's cherry blossom festivals – hell, the Brooklyn Botanic Garden, which hosts this annual Japanese-themed do, isn't even New York's most famous botanic garden. But size and fame aren't everything – just ask the scores of delighted New Yorkers who show up to this lively party year after year to celebrate not only the pink blossoms, but also the most fascinating aspects of Japanese culture, from ancient martial arts and bonsai, all the way up to cosplay and manga (bbg.org).

This giant open house celebrating the Skagit Valley's most colorful crop draws hundreds of thousands of visitors to this agricultural region located sixty miles north of Seattle. Wandering through acres of brightly colored blooms on the valley's various farms is a highlight; events such as the Tulip Run on April 7 – easy to do and open to all – add to the fun (tulipfestival.org).

One of the East's most appealing coastal cities brags one of its biggest spring festivals, honoring one of the region's most beautiful species of flora. So much more than just wandering around gardens, the Azalea Festival is more like a giant county fair, with everything from a circus to competitions to a gigantic parade, which alone draws more than half a million observers (ncazaleafestival.org).

Lacking the branding of a city like Memphis (blues and barbecue) or the buzz of a city like Nashville (music industry, hipsters), Knoxville has always had to try harder. And it makes one heck of a play for the country's attention with this broad event that is as much of a celebration of art and music as it is of the beautiful dogwood. A full slate of concerts celebrates East Tennessee's rich musical history – from jazz to bluegrass, rock to country; there are also art exhibits, art fairs, art studio tours. A parade. A family-friendly foot race. And don’t forget those trees, highlighted along sixty miles of "trail," both in and around town. Learn more at dogwoodarts.com.

From Alexandria to Ashland, Roanoke to the Rappahannock, the Old Dominion throws open the garden gate each spring in what's billed as "America's Largest Open House." It certainly is large, featuring hundreds of gardens, many of them of no small historic significance, many more privately owned and closed to the public for the remainder of the year. Tours are ticketed, and organized at the local level. Learn more at vagardenweek.org.

It's not like Nantucket has to throw a festival to get anyone's attention – this is, after all, one of the most beautiful spots on the New England coast. But how do you not celebrate when you've got more than three million blooms – of all varieties – turning your island bright yellow each spring? Everyone gets into the spirit, with an antique car parade, a pageant to showcase an array of daffodil hats, plus a gigantic tailgate picnic. Learn more at nantucketchamber.org.

Current airfares to the Boston area

Back in 1945, Princess Juliana of the Netherlands gifted Canada's capital with 100,000 of her country's most famous product – tulip bulbs. For sixty years now, Ottawa has chosen to commemorate the gift with this giant, city-wide event that features a ton of blooming tulips along the city's iconic Rideau Canal, plus a busy schedule of cultural events, kid-friendly happenings, the black-tie Tulip Ball and more reasons to make the trek to this agreeable town just a short drive north of the border. Learn more at tulipfestival.ca.

How do you get a guy to go to a blossom festival? You run your event alongside something else more guy-friendly. Such as, for instance, the World Championship Steak Cook-Off, that just so happens to coincide with the annual magnolia festival in the eponymously-named town, tucked away inside the pine forests of southern Arkansas. More than 5,000 16 oz. ribeye steaks hit more than 50 grills on the town square for the annual contest; first place winners score the Governor's Trophy and $4,000 in prize money. Learn more at blossomfestival.org.

The White Mountains turn magnificently purple in late spring, and the acres of these unique flowers that crowd into gorgeous Franconia Notch bring the sort of eager crowds that are more typically associated – around here, anyway – with leaf-peeping season. A full slate of cultural events and other special activities round out the experience. Learn more at franconianotch.org.

Before things spin entirely out of control in this most popular of Great Lakes summer destinations, the historic (and car-free) resort island celebrates the purple majesty of the lilac. From a 10K race to a much-anticipated dog parade (this year's theme is the War of 1812, just in case you're thinking to enter your pooch) to the crowning of the year's Lilac Queen, there's plenty to keep all kinds entertained. Learn more at mackinacislandlilacfestival.org.