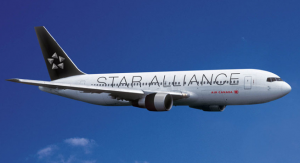 Will there come a day when your pilot speaks those words over the PA system?

Although few industry observers, analysts, and pundits are willing to predict when that might happen, I say, why not? Why not consolidate and rationalize the global commercial aviation industry and allow airlines to merge across international borders? Why not let Singapore Airlines buy American Airines if it wishes, or United Airlines own 100 percent of an Asian-based carrier?

After all, the auto industry has globalized, as have the banking, oil, and mining industries, to name a few.

Let's take the global auto industry as an example. People no longer ride around in Studebakers, Plymouths, Packards, Saabs, and Saturns. The smaller players have all gone out of business or merged with larger manufacturers. Today, we basically have a dozen or so large conglomerates--Volkswagen, Ford, Fiat/Chrysler, GM, Daimler, Toyota, Renault, etc.--that trade, invest, build and innovate across international borders. There are no broad restrictions on auto makers investing in each other or buying a rival (e.g., the purchase of Chrysler by Daimler and subsequent investment by Fiat in Chrysler). But it's illegal for a foreign airline to own more than 25 percent of a U.S. airline, and E.U. law prohibits a non-European airline from owning more than 49 percent of a European carrier. Fine, but in the same way that they can't economically sustain domestic automobile brands, how can Poland, New Zealand, or even Canada, justify supporting a national flag carrier?

Why? The old argument had something to do with war time readiness. We'd need to commandeer commercial airline fleets, went the thinking, in order to move troops to foreign shores. But a bigger explanation has to do with something much more silly: national pride and entrepreneurial ego (even Donald Trump tried his hand at running an airline). While we're perfectly happy riding around in Toyotas built in the U.S., we're not quite ready to fly from Washington to Dallas on British Airways or a multi-national airline named SkyTeam or OneWorld. Or are we?

I'll go out on the proverbial limb and suggest that in 20 or 30 years the current airline alliances--Star Alliance, SkyTeam, and OneWorld--will morph into real airlines. Sure, there will always be niche players, just as there are in the auto industry (Volvo, Telsa, Jaguar/Land Rover, etc.). But as the domestic U.S. airline industry continues on its path of breathtaking consolidation and Chapter 9 filings  (so long Northwest, America West, Continental, Eastern, Pan Am, TWA, Aloha, ATA, Airtran, Midwest, etc.) it might open the way for unfettered foreign ownership, trans-national mega mergers, or at least increased permission for foreign airlines to fly domestic U.S. routes and vice versa.