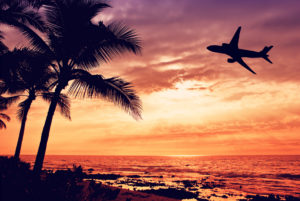 The 10 Cheapest Places to Fly This Summer

Summer is finally upon us! After over a year of being cooped up staying at home dreaming about the next big trip, many Americans are eager to start flying the friendly skies again. Summer is historically one of the busiest seasons of the year for travel, and in 2021, it happens to coincide with borders opening around the world for the first time since March 2020.

While limited destination possibilities and surging demand is a recipe for high airfares, we’re still seeing some excellent deals to be had for summer travel. A recent Summer Travel to Europe Report from Hopper shows that airfare to certain cities in Europe was up to 50 percent off 2019 prices. Of course, snagging an airfare deal is largely dependent on booking flights when the prices drop, but this average data is a good indication that you can still find a great deal for summer travel.

The Cheapest Places to Fly for a Summer Vacation in 2021

Since domestic travel is mostly unrestricted, plenty of airlines have added routes to leisure destinations across the U.S. and we even have a few new airlines in the mix. The new options, along with some airlines flying larger aircraft normally used for long-haul flights, have increased capacity to meet the peak summer travel demand.

Whether you’re looking to visit another state this summer or to check out one of the few international destinations open for travel, here are some of the cheapest places you can fly for a summer 2021 vacation.

During the height of the pandemic, airfares to Florida were consistently around $50 round-trip (or less)–even from the West Coast. Low-cost carriers as well as major airlines were slashing prices across the nation in the hopes of generating whatever revenue they could when travel came to a standstill. While we are no longer seeing regular pricing quite that low for summer 2021 travel, Florida is still one of the cheapest places to fly this summer.

An airfare and hotel analysis from Hopper has four cities in Florida listed in its top 10 most affordable U.S. destinations (Orlando, Ft. Myers, Tampa, and Ft. Lauderdale). Nearly every U.S. airline has increased service levels to the sunshine state, which is keeping fares low, even for procrastinators who still haven’t booked a summer trip. Summer flights on low-cost carriers can still be found for under $100 round-trip from several cities and the major airlines aren’t much more with prices in the $100s - $200s from nearly every corner of the U.S.

Advanced booking still tends to get the best deals so if you’re seeing higher fares for July travel, have a look to see how much the price drops for August travel dates.

The Great Lakes region is a perfect place to explore in the summer and Michigan is smack in the middle, with shorelines along four of the five Great Lakes. Couple that with lower-than-normal airfares and you may want to consider a lakeside beach trip to the Midwest this summer. Detroit was the 4th most affordable U.S. destination in Hopper’s recent analysis and data from Kayak shows that flight searches are down about 20 percent compared to 2019, which means you may get to enjoy the lake with fewer crowds.

It’s still possible to snag airfare on low-cost carriers from a few cities for under $100 round-trip, but most summer fares to Michigan cities such as Detroit, Grand Rapids, and Traverse City are in the $100s to $300s range. Of course, August travel will be cheaper than July so if you’re looking for the best deal, book now for a late summer getaway up north.

Related: The 8 Best Beaches Along the Great Lakes

If you’d like to visit the Caribbean without the hassle of international travel requirements, look no further than Puerto Rico. Vaccinated travelers no longer need to test before flights to or from Puerto Rico. Best of all, you’ll get the same turquoise waters and tropical environment as other Caribbean islands, but for half the cost in airfare.

In its quarterly consumer airfare index report, Hopper lists San Juan as one of the most popular destinations searched for summer 2021 travel and a good deal for round-trip airfare around $267. This coincides with what you’ll find when searching for July and August flights where prices from across the nation are in the $200s to $400s range.

Iceland was one of the first European nations to announce plans to open for vaccinated Americans this summer and, surprisingly, we’re still seeing some incredible deals for peak summer travel to this Nordic Island full of waterfalls, hot springs, and endless summer daylight. In fact, at the time of writing, I was able to pull up July travel dates from New York to Reykjavik for around $350 round-trip flying Delta in Basic Economy.

The best prices will be from the East Coast where Delta added a new flight from Boston this summer in addition to resuming its flights from New York and Minneapolis. United also added a new flight from Chicago and resumed service from Newark. And Icelandair resumed flying several of its routes after Iceland opened its borders. While there isn’t quite the competitive landscape as there was in 2018 when WOW Air was still around, we’re still seeing peak summer airfares in the $400s to $700s range.

From the wine region of Douro Valley to the stunning coastline of Algarve, Portugal is a summertime haven for travelers looking to enjoy the outdoors in Europe. And its national flag carrier, TAP Air Portugal, often has some of the best airfares to Europe of any airline flying across the Atlantic. Although nonstop flights to Portugal tend to be more expensive, you can take advantage of TAP’s generous free stopover program to visit both Portugal and another European city for the cost of a single round-trip ticket — and it’s usually much cheaper than simply booking a flight to Portugal alone.

Hopper listed Porto and Lisbon as its top two European cities for great deals this summer with average airfare coming in around $520 round-trip. Prices fluctuate quite a bit depending on your departure city and you’ll have the best luck at finding deals on competing airlines, such as American, when flying from hub cities where TAP also flies.

Amazingly, at the time of writing, I was able to pull up several July/August travel dates in the mid-$300s to $400s round-trip from cities like Boston, New York, Washington D.C., Miami, Chicago, and San Francisco. These prices are pretty much unheard of for peak summer travel to Europe. If you’re traveling from other U.S. cities, you’ll be looking at prices closer to the $700s and $800s range, which is still a solid deal for close-in bookings in July and August.

Related: What Countries Are Open to Vaccinated Travelers?

Several city-dwellers from both coasts made the move to Texas in 2020 and airlines responded to the population shift by adding new routes to/from the Lone Star State — particularly in its capital city of Austin. Both American Airlines and Delta expanded heavily in Austin making it a mini-hub for each carrier. Low-cost airlines Allegiant, Spirit, and Frontier also continue to serve several routes out of Austin and other Texas airports such as Dallas and Houston.

With the increased competition, the old adage that “Everything is bigger in Texas” clearly does not apply to airfares. It’s pretty easy to find flights in the $100s and $200s range round-trip from just about anywhere in the U.S. for travel dates in July and August. And if you’re willing to fly on a budget airline, you’ll even find some dates for under $100 from select cities.

Another state that got a slew of new routes in 2021 is Alaska. Both Anchorage and Fairbanks had multiple cities added to their route maps by all major airlines. Alaska Airlines and Delta seem to be competing the most with each adding new flights from hub cities around the country. Summer airfares are averaging in the $300s range from most of the U.S. and you’ll even see some prices to Anchorage dip into the $200s for travel dates towards the end of August.

What’s truly amazing is that we’re seeing round-trip prices to Fairbanks in the $100s range from select cities such as Seattle, LA, and San Francisco, and in the $200s range from several other cities, including Atlanta, Miami, and Minneapolis. The pleasant summer weather and lower than usual airfares for this time of year make it a great time to explore The Last Frontier.

Poland recently announced it will allow passengers from the U.S. to enter alongside several other European nations. It’s also one of the cheapest places to fly this summer with both Krakow and Warsaw coming in on Hopper’s top 10 great deals list for summer travel to Europe from the U.S. It lists a good deal to Krakow at $807 or 29 percent below data collected in May 2019 and, according to Hopper, $803 round-trip is listed as a good deal to Warsaw, which is 27 percent below May 2019 numbers.

Of course, airfares are in a constant flux and depend heavily on departure cities. For instance, at the time of writing, I was able to find several July/August travel dates from New York and Chicago to Poland in the high $400s to mid-$500s range. Flights from most other cities will be priced higher in the $600s to $800s range, but the lower costs of day-to-day activities in Poland will surely off-set any higher airfare compared to Western European nations.

Say “Buongiorno” to summer with a cheap flight to Italy. Typically, flying to Italy in the peak of summer would cost well over $1,000 if you waited this long to book, but we’re still seeing summer 2021 prices averaging in the $700s and $800s range for round-trip flights from across the U.S. From select departure cities, such as New York, Chicago, and Miami, you may find fares in the $500s and $600s range, with a few late August travel dates even coming in under $500.

Italy recently relaxed its entry rules, which means you no longer need to fly on a COVID-tested flight to enter without quarantine as long as you are fully vaccinated. Since most of the country is now classified as a “white zone”, most daily activities for tourism purposes have resumed and it could be a great summer to visit due to fewer crowds and relatively cheap last-minute airfare.

Before the pandemic, Spain was one of the cheapest places to fly in Europe. Low-cost carrier Norwegian Air would compete heavily with Iberia’s subsidiary, Level, along with the three largest U.S. airlines, American, Delta, and United, to keep costs extremely low. Although Norwegian is no longer around to bring prices down to pre-pandemic levels, the competition and proximity to cities along the East Coast mean we’re still able to fly to Spain for less than most other European nations.

The cheapest flights to Madrid and Barcelona for July and August travel dates are averaging in the high $400s to $500s range from hub cities such as New York, Miami, Boston, Chicago, San Francisco, and Washington D.C., while most other cities in the U.S. will have higher fares in the $600s to $800s range. Seeing as outdoor activities are still high on the agenda this summer, it may be a great time to take a walk along one of the ancient pilgrim routes of the Camino de Santiago.