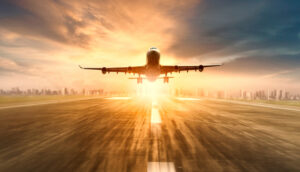 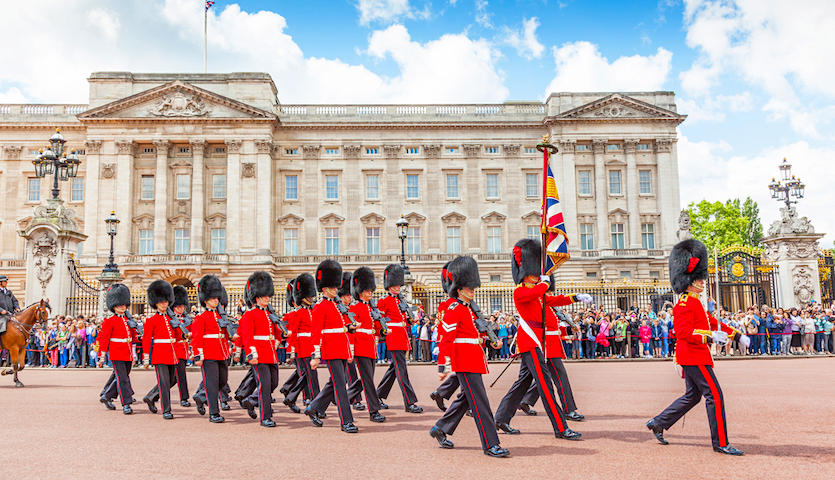 With steady competition amongst three airlines looking to snatch up revenue between these two cities, we keep seeing some phenomenal prices linking up these top towns. Like this fare, for example. Fly nonstop from Miami to London-Heathrow for $350 roundtrip on your choice of American, BA, or Virgin Atlantic. Departures open up next month, but dates are slim, so your best bet is for travel in late October onwards. As an example, I found seats departing MIA on Monday, March 9, with a return leg from LHR leaving Monday, March 16, 2020.

› See all of our fares to London (LHR) from all over the U.S. and Canada. Take a trip to Tinseltown on United with nonstop flights departing Cleveland for only $121 roundtrip. Pack up your swimsuit or surfboard for a winter trip away from the snow. Flights at this price are limited to Tuesdays and Wednesdays with a travel window through May 12, 2020. As an example, I was able to see seats available leaving CLE on Tuesday, April 14, with a return segment from LAX on Tuesday, April 21, 2020. Keep in mind that United only allows for a personal sized item that can fit underneath the seat in front of you on its Basic Economy fares.

› See all of our fares to Los Angeles (LAX) from all over the U.S. and Canada. Check that African Safari box off your bucket list with this deal to the capital of Kenya, Nairobi. Fly on Lufthansa from Seattle to Nairobi for $585 roundtrip through May. As an example, I was able to find tickets at this price departing SEA on Monday, April 6, and returning from NBO on Monday, April 20, 2020. Most itineraries have quick and easy layovers, but some may require overnights. However, those can be avoided if you have a flexible travel window. Other airlines might be offering flight for a few dollars less, but those generally require extra stops.

› See all of our fares to Nairobi (NBO) from all over the U.S. and Canada. 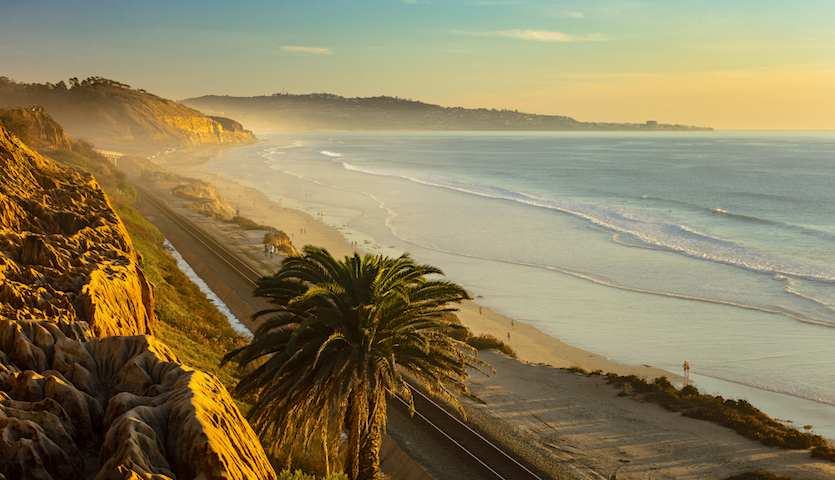 Fly nonstop on Southwest between Denver and San Diego for $98 roundtrip through mid-April. Depending on which week you plan on traveling, departure days will vary, but there is a lot of seat inventory open for midweek travel in most months. I was able to see a quick trip in March for this price departing DEN on Wednesday, March 4, and returning from SAN on Sunday, March 8, 2020. As always, two bags fly free on Southwest, so pack along everything you think you might need to chill by the beach watching the waves roll in. The Happiest Place on Earth is calling your name with this last-minute airfare deal from United Airlines. Fly nonstop from O’Hare to Orlando for $97 roundtrip through March. Flights are available for departures Monday through Wednesday, with returns available every other day except Sunday. I found tickets at this price departing ORD on Tuesday, March 10, and returning from MCO on Tuesday, March 17, 2020.

› See all of our fares to Orlando (MCO) from all over the U.S. and Canada. 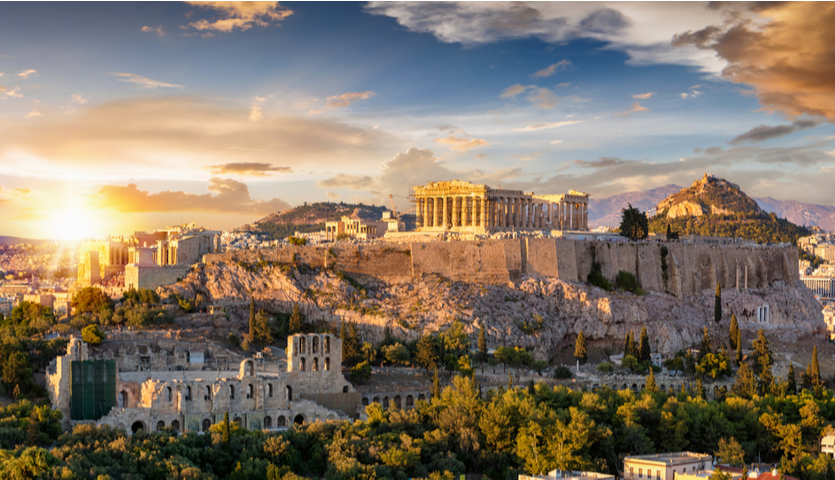 Take your pick of carriers with a bunch of different airlines dropping prices to Athens, Greece. We've noticed cheap flights this March and April on carriers, like Swiss, KLM, Lufthansa, British Airways, and others to the cradle of Western civilization. Departures for $338 roundtrip from JFK are available starting as soon as tomorrow, with most flights at this price for midweek travel. However, if you're flexible, you can even score a weekend flight at this price point. For example, flying on Swiss, I found seats available departing JFK on Wednesday, March 11, and returning from ATH on Tuesday, March 17, 2020. Dates available in the fall at this price too.

› See all of our fares to Athens (ATH) from all over the U.S. and Canada. Geno’s vs. Pat’s or maybe it’s somewhere else? You be the judge and get your cheesesteak fix with this nonstop flight deal from Boston to Philly for only $87 roundtrip on either JetBlue or Delta. Tickets at this price are available on select travel days between May and July. As an example, I found a trip departing BOS on Thursday, June 11, and returning from PHL on Monday, June 15, 2020. If you’re having trouble finding travel times that best work for your schedule, try searching for one-way tickets and piece an itinerary together that way

› See all of our fares to Philadelphia (PHL) from all over the U.S. and Canada. Fly from Los Angeles to Santo Domingo, the Dominican Republic, for $270 roundtrip on Copa Airlines. Flights are available on select days starting in March through June 17, 2020. On Copa, I was able to find tickets departing LAX on Monday, April 20, and returning from SDQ on Sunday, April 26, 2020. Some flights may require an overnight in Panama City, but treat it as a two-for-one deal to explore Panama along the way. One checked bag included!

› See all of our fares to Santo Domingo (SDQ) from all over the U.S. and Canada. 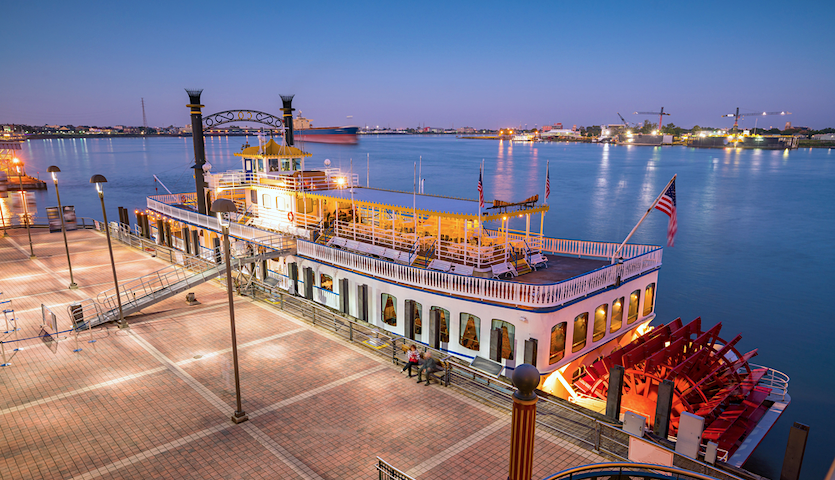 This 90% off promo from Frontier was so popular it crashed their servers over the weekend (it’s back online now), and you can see why with so many fares for less than $100 on over 500 routes! By entering SPRING in the promo box while searching for flights between April and June, you can fly from Philadelphia to NOLA for just $77 roundtrip. For example, I found tickets at this price departing PHL on Wednesday, May 6, and returning from MSY on Wednesday, May 13, 2020. Just remember to enter SPRING when searching for fares between April 21 and June 10, 2020, for this deep discount on base fare prices.

› See all of our fares to New Orleans (MSY) from all over the U.S. and Canada. Make sure to have a peek at Royal Jordanian’s Don’t Look, Just Book sale before it goes shuteye tonight. With lots of fantastic fares to destinations in the Middle East and beyond that rarely go on sale, this fare from Detroit to Amman for $699 roundtrip is a steal for travelers wanting to visit the ancient city of Petra. Travel is valid from March 1 through May 10, 2020, with departures available on select weekdays. As an example, I found seats departing DTW on Monday, April 27, and returning from AMM on Monday, May 4, 2020. Select dates in mid-March blacked out at this price.

› See all of our fares to Amman (AMM) from all over the U.S. and Canada.

Related: How to Get a Passport as Quickly as Possible