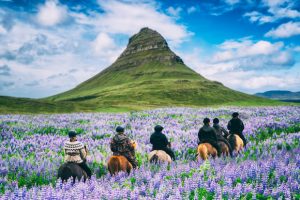 Get a glimpse of the northern lights this winter or kick-off spring in Europe with the latest Icelandair sale. Flights to Iceland start from $329 roundtrip and you can reach onward destinations in Europe from $351+ roundtrip.

And if you're looking for more bang for your buck. Take advantage of a free stopover in Iceland along the way and turn your trip into a 2-for-1 adventure!

Seasonal service from Anchorage, Philadelphia, and Portland begins in May. The lowest fares may not be available in all months and will be at least slightly higher for travel in May and June. Some routes may have very limited travel dates available at the lowest fares.

Tickets at the listed sale prices must be purchased by midnight on January 21, 2020.

Icelandair's Economy Light fares only include a standard-sized carry-on bag plus one personal item. Checked bag fees are $55-$76 each-way when purchased online. If you need to check bags, it's cheaper to buy an Economy Standard fare (+$90-$120 USD roundtrip), which includes one free checked bag.

The upgrade to an Economy Standard fare costs an extra $90 for trips to Iceland and $120 for flights to other destinations in Europe. This includes one free checked bag, allows stopovers up to 7 days, and allows ticket changes for a fee. As of December 2019, Economy Light tickets do not allow ticket changes.

As an example, I found seats departing Denver DEN on Monday, February 24, returning from Dublin DUB on Friday, March 6, with a 2-night stopover in Reykjavik KEF, arriving back in Denver on Sunday, March 8, for $398 total for the entire trip. 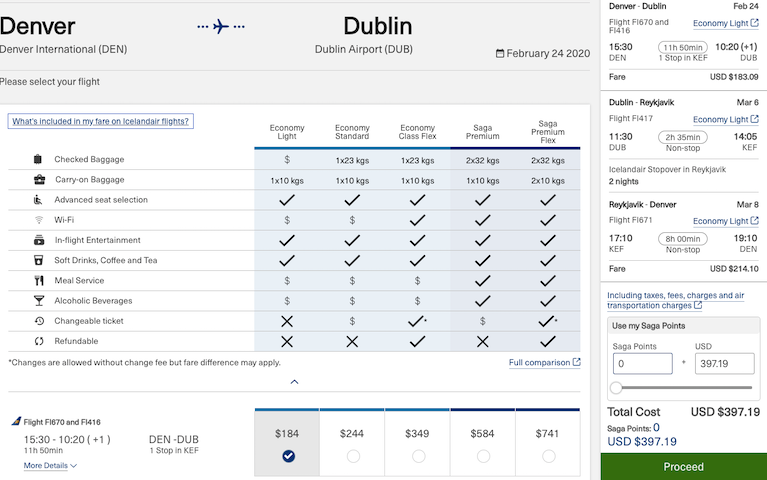