The flight deals to Europe keep coming in hot. The latest fare war between American/Oneworld and United/StarAlliance partners features some excellent fares around the $300 mark from hub cities around the nation. And what's even better this time around is that many of these unadvertised deals now stretch into summer, allowing for August and September itineraries to Spain, France, Greece, Italy, and other countries starting $275+ roundtrip.

Some flights may be operated by airline partners such as Air Canada, British Airways, or Iberia, and Virgin Atlantic, along with partners are also offering some great fares in specific markets. Who knows how long these deals will stick around. We're already starting to see prices jump on certain booking sites so I'd suggest booking right away if you see something you like.

Some itineraries may be available with a nonstop flight on one leg of the journey for these reduced rates.

Upgrading to Main Cabin Economy will cost an additional $120-$180 on most routes. Certain travel dates and/or routes may be much more to upgrade. This type of fare will include one free checked bag, seat selection, and are eligible for ticket changes (fee applies)/upgrades.

As an example, I found a flight departing Chicago ORD on Monday, August 10, with a return flight from Rome FCO on Tuesday, August 25, 2020, for $334 roundtrip, a primo price for peak August travel! 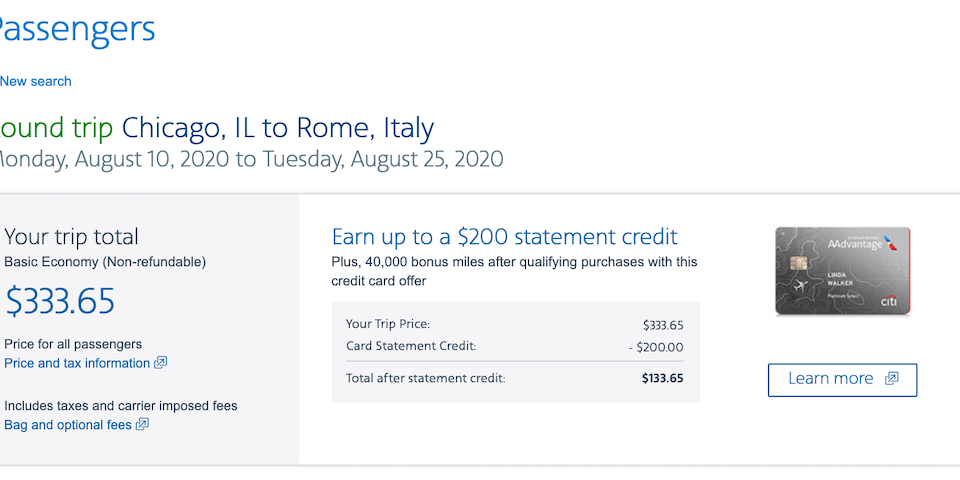