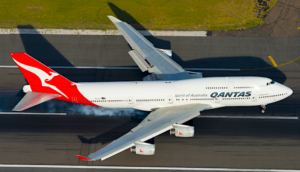 In honor of its 100th Birthday, Australian flag-carrier Qantas is offering a limited amount of $100 fares departing from its US gateways to Oz's big three airports: Melbourne (MEL), Sydney (SYD), and Brisbane (BNE)!

Seem like a deal too good to be true?! It might be – as yesterday's release crashed the website seconds after they were posted and after 45 minutes of continually receiving an error page, I finally gave up like many other customers looking to snag one of these golden tickets.

Despite overwhelming its website, Qantas said the sale will go on, and more fares $100 fares will be released today. Here's what to expect if you plan on trying your luck to secure one of these specially priced centennial seats.

Needless to say, this is more of a gimmicky promotion, with the hope of snatching a $100 fares to Down Under a dream for most flyers, the demand will be immense, and the limited seat availability makes the odds of scoring a seat similar to winning the megabucks.

Can't seem to snag one of these honorary $100 fare deals? No worries, mate! Qantas is also offering a fantastic fare sale to go along with its anniversary celebration. While not quite $200 roundtrip, the carrier is listing fares starting at low as $695 roundtrip between  7 North American destinations to its Aussie hubs in Melbourne, Sydney, and Brisbane.

Searching the Qantas website, I found seats departing San Francisco SFO on Sunday, March 15, with a return flight from Brisbane BNE on Wednesday, March 24, 2020, for $697 roundtrip. 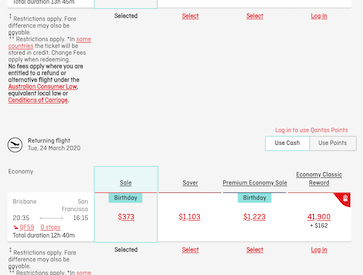