Add a little color to your travels this winter with some city sights and Northern Lights. Icelandair's latest sale to destinations throughout Europe is full of some sweet price drops across the pond with flights starting at $385 roundtrip.

And if you're looking for more bang for your buck. Take advantage of a free stopover in Iceland along the way and turn your trip into a twofer!

Tickets at the listed sale prices must be purchased by midnight on Tuesday, November 19, 2019.

As an example, I found flights departing Chicago ORD on Wednesday, February 5, returning from Amsterdam AMS on Tuesday, February 11, 2020, for $385 roundtrip. 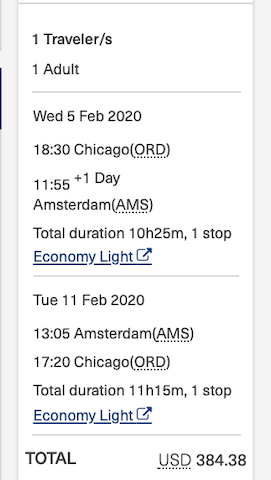