From the majestic fjords of Scandinavia to the medieval castles of Central Europe, SAS Scandinavian Airlines can fly you to several European cities this winter or spring for an affordable price. Tickets have been marked down to the airline's hubs in Copenhagen (CPH), Stockholm (ARN), Oslo (OSL), and beyond with flights across Europe as low as $278 roundtrip.

Below are the advertised rules for this sale, however, most routes only have the lowest fares available through the end of March, with April and May flights available for only $20 more roundtrip.

Departure days will vary by city pair as SAS doesn't operate every route on a daily basis. Itineraries from Boston are only available from March 30 onward. Flights from Miami are operated on limited days of the week through April 12, 2020.

Tickets must be purchased by October 21, 2019, or while supplies last. 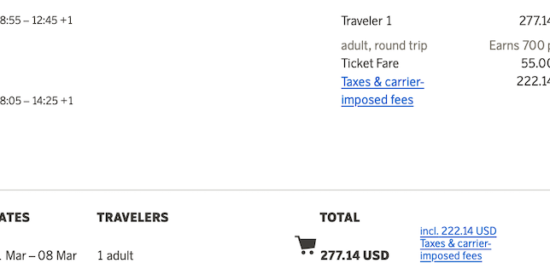