Icelandair Sale to Europe: Flights Starting at $319 Roundtrip, Travel through May

Add a little color to your travels this winter or spring with some city sights and Northern Lights. Icelandair's latest sale to its home base in Reykjavik and onward to destinations throughout Europe are seeing some deeply discounted deals on flights starting at just $319 roundtrip.

And if you're looking for more bang for your buck, take advantage of a free stopover in Iceland along the way and turn it into a twofer!

As an example, I found flights departing Minneapolis MSP on Thursday, April 16, returning from Reykjavik KEF on Wednesday, April 22, 2020, for $329 roundtrip. 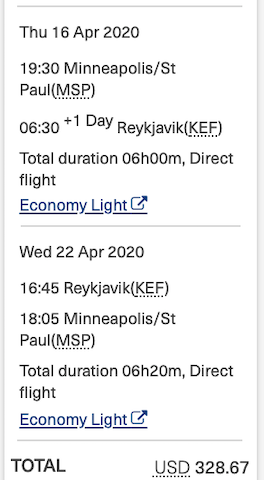