Act fast! In honor of winning Best U.S. Airline of 2019, according to Conde Nast Traveler, Alaska Airlines is offering up a 24-hour flash sale to celebrate the win. Until midnight tonight, cheap flights starting at $39 one-way or $77 roundtrip are available throughout the U.S., Hawaii, Alaska, and on a few international routes.

Other major carriers such as American, Delta, Hawaiian, JetBlue, Southwest, and United often price match along many of the routes, so make sure to compare to find the best deal for your travel needs.

Burbank to Portland, OR $117 roundtrip

New York-JFK to Portland, OR $197 roundtrip

As an example, I found seats departing Los Angeles LAX on Wednesday, January 15, returning from San Francisco SFO on Saturday, January 18, for $77 roundtrip. 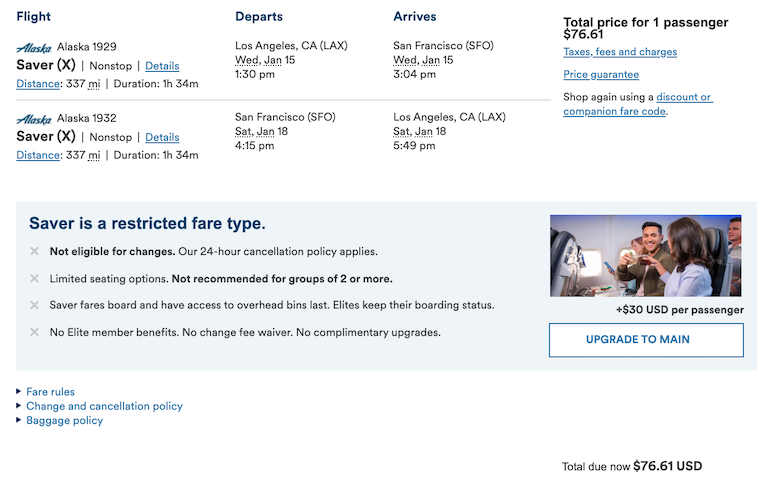