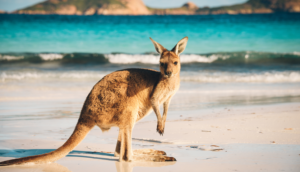 Qantas Flash Sale: Flights Down Under Starting at $796 Roundtrip

Airfares to Australia are the cheapest they've been in years. So, if you haven't visited Down Under yet what are you waiting for?

Qantas, the country's flag-carrier, wants to help get you there for less with its latest flash sale to Australia's big three: Melbourne (MEL), Sydney (SYD), and Brisbane (BNE), starting at just $796 roundtrip.

If Australia is one of your bucket-list destinations. Or you're looking to up your travel game by flying the world's 4th longest flight on the new nonstop long-haul between Chicago and Brisbane. Then now's a perfect time to book that dream trip for cheap, mate!

Searching the Qantas website, I found seats departing Chicago ORD  on Monday, April 20, with a return flight from Brisbane BNE on Wednesday, May 6, 2020, for $798 roundtrip.