Win with your winter flight bookings from Alaska Airlines' latest 3-day sale on flights nationwide and to select international destinations. Nearly all of the airline's nonstop routes are seeing some sturdy price cuts with fares as low as $77 roundtrip, and many coast-to-coast routes marked down to $197 roundtrip.

Other mainline carriers such as American, Delta, JetBlue, Southwest, and United are rushing to price match along many of the city-to-city pairs, so make sure to compare to find the best deal for your travel needs.

Everett to Portland, OR $93 roundtrip

Ontario to Portland, OR $117 roundtrip

New York-JFK to Portland, OR $197 roundtrip

As an example, I found seats departing San Francisco SFO on Tuesday, January 7, returning from Los Angeles LAX on Saturday, January 11, 2020, for $77 roundtrip 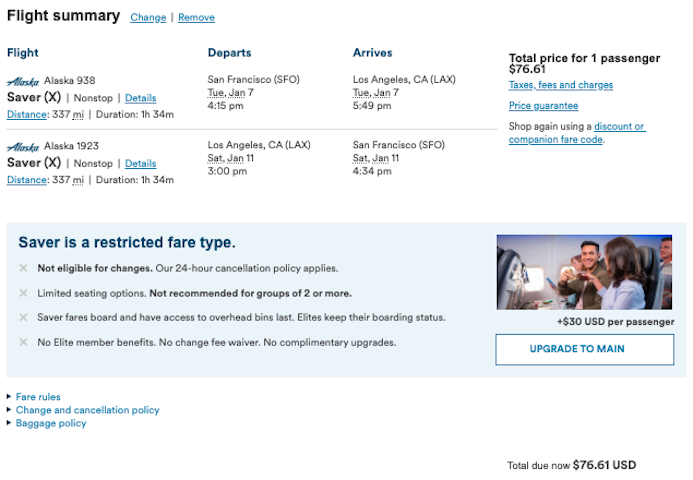