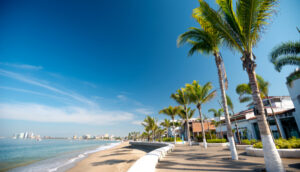 The latest "flights on the fly" flash sale on Volaris is valid for spring break 2020 travel in March. Fares are as low as $45 one-way or $150+ roundtrip flights from US airports to Mexico or Central America.

This is not a complete list. All nonstop routes on Volaris have some incredible deals today. You must be very flexible with travel dates to get these prices.

As an example, searching on Volaris.com, I found a flight departing Phoenix PHX on Sunday, March 22, returning from Puerto Vallarta PVR on Friday, March 27, for $163 roundtrip.