Delta and SkyTeam partners Air France and KLM are having a massive sale to North Africa and Eastern Europe from American Airlines hub cities in Charlotte (CLT), Dallas (DFW), Miami (MIA), Philadelphia (PHL), and Phoenix (PHX). Fares to these regions start at just $475 roundtrip, which is a huge price drop from the normal rate.

As this is an attack on American / Oneworld fares, there are also excellent deals from these cities to several cities in Spain and the U.K. And as an added bonus, Portugal has been thrown into the mix. Have a look at what we've found and book quickly. These fares could be gone in a flash!

Some of these fares are booking into standard Main Cabin Economy such as the example given below. This may only be on routes to Africa but it could be others as well.

Some flights may be operated by other partners in Europe such as Alitalia, Air Europa, Czech Airlines, Croatia Airlines, Transavia, Ukraine International, and Virgin Atlantic.

to the following cities:

This is just a sample of deals available. There may be other cities included in this widespread sale. Even if your destination city isn't listed, make sure to check the price to see if there has been a price drop.

Basic Economy or Economy Light fares only include a carry-on bag plus one personal item. Other restrictions apply. The first checked piece of luggage will cost $60 each-way. In some cases, it is the same price for an upgrade to a Main Cabin Economy fare, which includes one free checked bag. Some of the fares may very well be standard Main Cabin Economy fares already.

Seats will be assigned at random upon check-in for Basic Economy fares. You may be able to pay a fee to choose a seat. Standard Main Cabin Economy fares include advanced seat assignments.

Upgrading to Main Cabin Economy will cost an additional $120-$160 roundtrip for most routes and dates. Certain routes or travel dates could be more or less to upgrade or the lowest price may already be a regular economy fare. Standard Main Cabin Economy fares include one free checked bag, seat selection, and the ticket will be eligible for upgrades and ticket changes (fee applies). 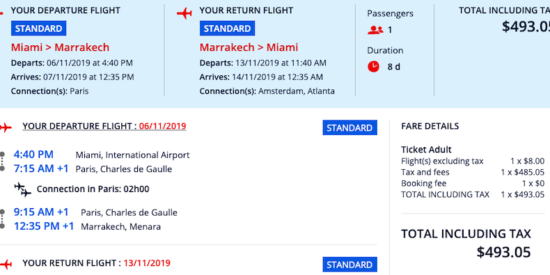