Act fast! Today's flash sale on Alaska Airlines features fares as low as $29 one-way or $57 roundtrip is only available until midnight tonight. Cheap flights are available throughout the U.S., to Hawaii, Alaska, and a few international routes to Mexico, and Costa Rica.

Other major carriers such as American, Delta, Hawaiian, JetBlue, Southwest, and United often price match along many of the routes so make sure to compare to find the best deal for your travel needs.

Portland, OR to Everett $73 roundtrip

Portland, OR to Boise $107 roundtrip

As an example, I found seats departing Burbank BUR on Saturday, September 28, returning from San Jose SJC on Tuesday, October 1, for $57 roundtrip 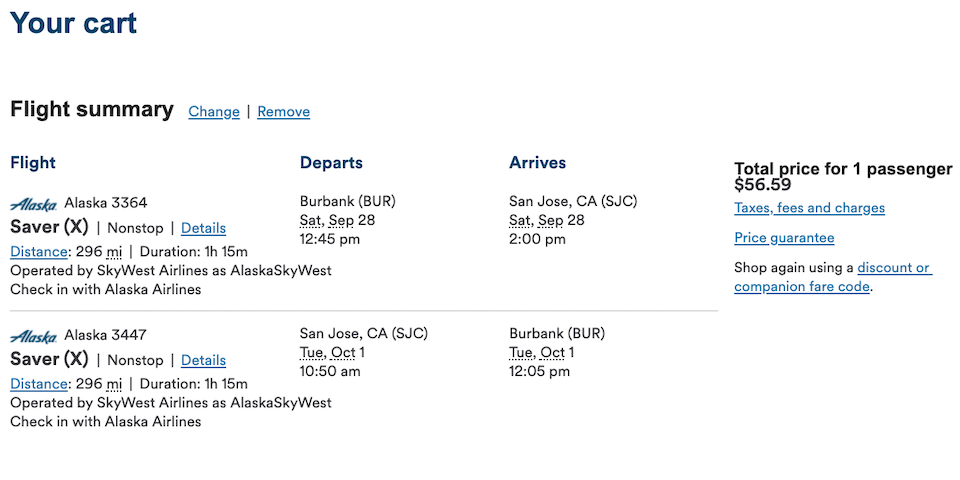