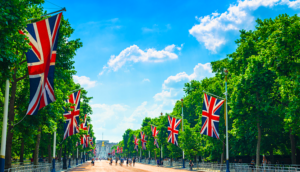 London Calling: Nonstop Flights Starting at $308 Roundtrip, Travel through May

With the Pound Sterling at the lowest its been versus the U.S. Dollar in decades it's a perfect time to hop across the pond to jolly old England. Especially when fall, winter, and spring flights are starting as low as $308 roundtrip!

Flights from airports all around America are seeing some significant price drops on major carriers like Virgin Atlantic, British Airways, and their U.S. counterparts Delta and American to both of London's largest airports.

So, If you've ever wanted to see the changing of the guard, hear Big Ben's chime, or cruise around the Big Smoke on the top of a double-decker bus. Now's the tea time to book!

Travel days will vary by city pairing, but you'll have the best luck finding seats from late-September through the middle of May 2020. Daily departures are valid on many of these routes and a Saturday night, or 7-day stay is required.

Peak holiday travel times in late December, early January, and in April are blacked out.

If you don't see your local airport listed above, don't worry, mate! This is just a small sample of all deals to we've found today. Click on our London (LHR) and London (LGW) fare deal pages to see what's available from your city.