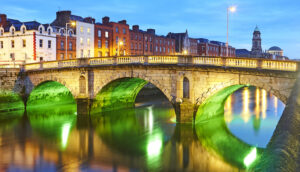 Save some green a trip to the Emerald Isle with the Aer Lingus Autumn Sale to Ireland. The airline is offering sale fares to its hometown hub in Dublin (DUB) starting at just $406 roundtrip for travel this fall.

Sale flights can be found on select daily flights between September 4 through October 31, 2019. However, many city-to-city pairs are only available in October at the advertised sale prices.

Some markets are only operated on limited days of the week, so you'll have to be flexible with your departure days.

Tickets are easiest to search on the Aer Lingus website, as other third-party sellers are listing higher rates.

For more deals to Ireland, have a look at all of our fares to Dublin (DUB) and Shannon (SNN).

Saver fares only include a carry-on bag plus a personal item. Checked bag fees start at $55 each way when purchased during booking.

The upgrade from a Saver fare to a Smart fare on flights to Ireland is $120 roundtrip. This includes one free checked bag and advanced seat assignments.

Aer Lingus is also advertising sale fares to destinations throughout Europe for travel in September and October. Aer Lingus fares to other European cities outside of Ireland are all Smart fares, which include a carry-on bag, a personal item, and one free checked bag. This means it could be cheaper overall to fly Aer Lingus to mainland Europe instead of other carriers that charge for checked bags on the lowest fares. 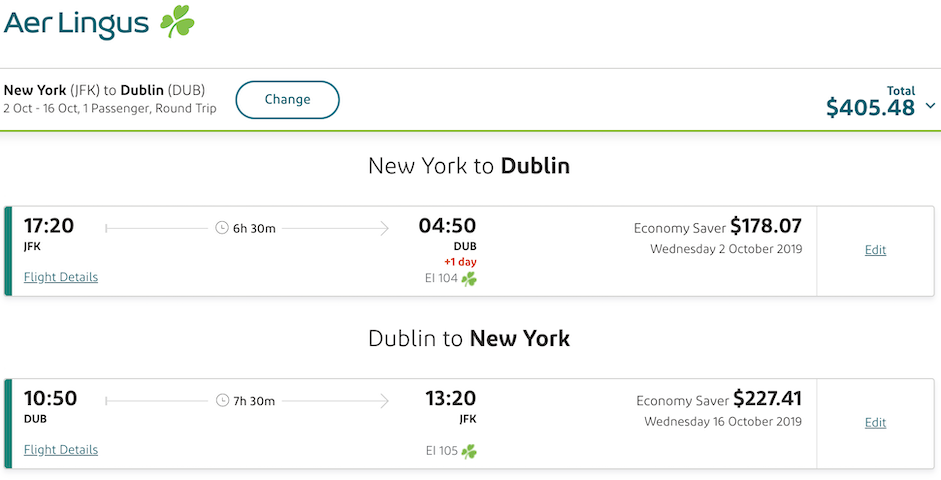