Today Only! 85% Off Promo Code Sale on Spirit from $49+ Roundtrip

Today only! Take up to 85% off the base fare on your next Spirit Airlines flight for late summer/fall travel. All routes throughout the U.S., Caribbean, and Latin America are being discounted as long as you start your search from the specific sale page. Fares are starting from just $49 roundtrip.

To book any route, go to the sale page on Spirit's website and enter promo code 85PCT when searching from that specific page. Fares will then be discounted up to 85% off of the base fare for roundtrip travel within the following dates: 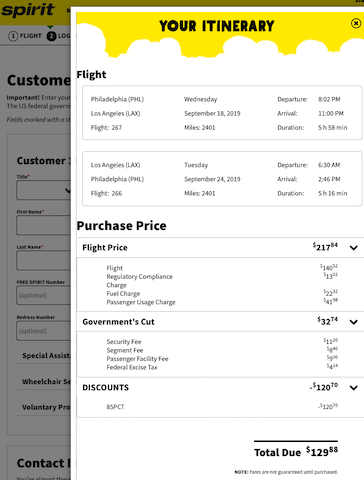