Once again, you can fly from nearly every airport in the U.S. to Europe in the $300s and $400s roundtrip. American Airlines along with partners British Airways, Iberia, and Finnair are selling tickets to Berlin (TXL), Frankfurt (FRA), Munich (MUC), Hamburg (HAM), and Zurich (ZRH) at deep discounts from across the nation. Fares are as low as $354 roundtrip.

A similar sale popped up to a few of these cities last week, but it lasted less than a day, and was for late fall/winter/spring travel only. This week, early fall travel dates are available, which means you may be able to score a deal for Oktoberfest. This year, Oktoberfest falls between September 21 - October 6, 2019.

Another great thing about this week's sale is that flights to Frankfurt (FRA) are included, which is a great place to fly if you're looking for a flight over Oktoberfest since peak Oktoberfest travel dates to Munich (MUC) are mostly much higher in price. Simply take the train from Frankfurt to Munich if you want to check out Oktoberfest and you could save a lot.

Flights departing on August 22, or on earlier dates in September may have fares for around $50 more roundtrip. Flights from Chicago and Houston are priced slightly higher than most, but the fares from these cities are available for year-round, daily travel.

This sale is unadvertised, and fares may jump at any moment. Book now to avoid missing out. Try many different booking sites if you are finding prices jumping since inventory is going fast and may be available through another booking engine. And sign up for fare alerts to find out about the next big deal.

This is just a sample of fares, there are much more included in this nationwide sale. Even if your city isn't listed, make sure to check the price from your local airport for a super deal.

The most notable omissions from this sale are certain hub cities like Atlanta, Cincinnati, Detroit, Salt Lake City, Denver, Charlotte, Philadelphia, Dallas, Phoenix, and a few other cities where Oneworld airlines have nonstop flight options from the U.S. to Europe such as Austin and Pittsburgh. Of course, since this is a sale on American, any airport where American Airlines doesn't fly won't have similar pricing. 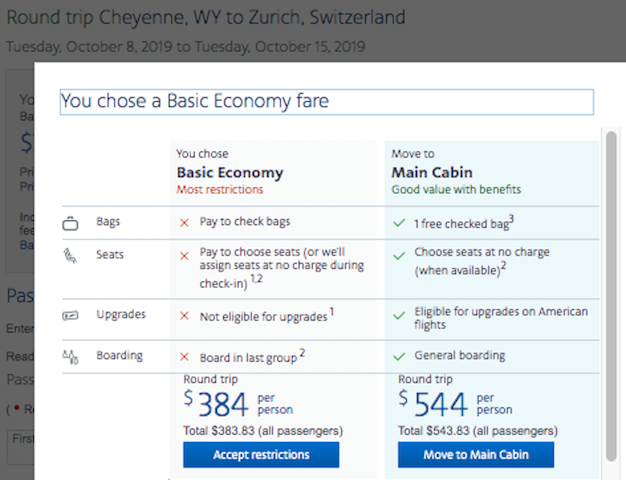