Editor's note: The airfares in this deal report were thoroughly researched by our dedicated analysts and were current as of Friday, June 21, at 5:00 pm. Availability and pricing may change at any time. To never miss out on another late-breaking deal: Follow us on Twitter @airfarewatchdog and sign up for Fare Alerts on your favorite routes and airports.

It's officially the first weekend of summer. Get your slip 'n slide ready and enjoy the longest days of the year. And if you haven't booked your summer trip yet, have a look at these amazing deals we've sniffed out. There are some excellent deals to Florida and a fare war on flights to Europe that we hope sticks around long enough for you to book a late summer getaway. 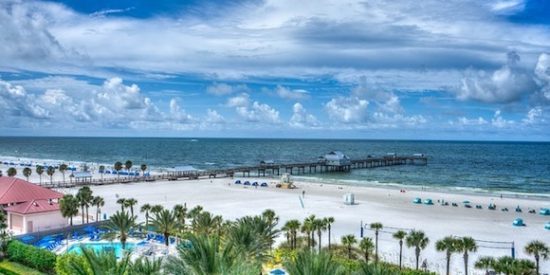 We're seeing some super deals to Florida for late summer/fall travel and even a few for winter travel, like nonstop flights from Chicago to Tampa for $97 roundtrip on American. Travel on scattered dates from late August through mid-February, excluding peak holidays. I was even able to find a flight for a weekend trip in December departing Chicago ORD on Friday, December 13, returning from Tampa TPA on Monday, December 16. Other months require traveling to Florida Saturdays through Wednesdays, returning from Florida Tuesdays through Saturdays, in order to get this price.

Sun Country is having one of its best sales yet with featured fares available on nearly all travel dates between mid-August and early October. Fly nonstop from Minneapolis to Los Angeles for $157 roundtrip. I was able to find this price available departing Minneapolis MSP on Friday, August 30, returning from Los Angles LAX on Tuesday, September 3, which makes for a super cheap Labor Day Weekend Getaway. This price only includes a small personal item. A full-size carry-on bag or a checked bag will an additional $30 each way if booked online. Delta and American are in a fierce fare war on flights to Europe. After American discounted flights to Paris (CDG), from Delta's hub cities, Delta responded by dropping flights from American's hub cities to Spain under $300 roundtrip. Fly from Dallas to Barcelona for $276 roundtrip on Delta. This price can be found all year-round, excluding peak holidays in late December and early January. Fly to Europe Sundays through Wednesdays, and return from Europe Tuesdays through Fridays.

An advanced purchase of 28-days is required so you can depart Dallas in late July. However, your return flight from Barcelona must be August 15, or later to get this price and you must stay a minimum of 7-nights. I found flights departing Dallas DFW on Sunday, August 11, returning from Barcelona BCN on Tuesday, August 20. The first piece of checked luggage is $60 each way. 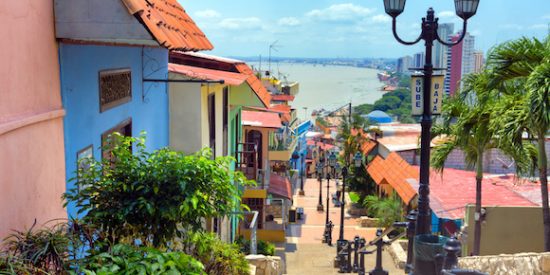 Ever since JetBlue added new flights to Guayaquil from New York, its fares have dropped from all over the East Coast. Fly from Boston to Guayaquil for $375 roundtrip. This price is available for travel in October and a few dates in November. I found seats departing Boston BOS on Saturday, October 5, returning from Guayaquil on Saturday, October 12. Use this flight as a jumping off point to go visit the Galapagos Islands.

See all of our fares to Guayaquil (GYE) from all over the U.S. and Canada 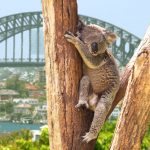 Fly nonstop from Los Angeles to Sydney for $766 roundtrip on American, Delta, United, or Virgin Australia. Flights for this price are available for travel on Sundays, Mondays, Tuesdays, and Wednesdays, departing Los Angeles in late October or November. You may return from Sydney through early December, or if you want to escape "winter" in LA, you may also return from Australia on a few dates in late December or from mid-January onward. I found seats departing Los Angeles LAX on Tuesday, November 19, returning from Sydney SYD on Wednesday, December 4.