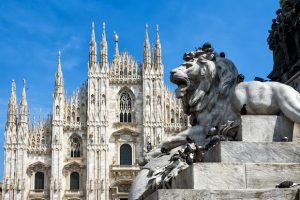 Last week was one of the best weeks for flight deals to Europe that we've seen in recent memory. And this week is starting out with some stellar deals as well. American Airlines along with Oneworld partners British Airways, Finnair, and Iberia, continue to offer incredible fares from some major cities across the U.S. to many different cities in Europe. Fares are as low as $224 roundtrip.

There are also a few deals on other major carriers like United and Air Canada. Who knows how long these deals will stick around. There seem to be new deals every day but chances are these will be gone in a flash.

These discounted fares are available for travel from September through April. A Saturday night or a 7-night minimum stay is required.

Upgrading to Main Cabin Economy will cost an additional $84-$180 on most routes. Certain travel dates and/or routes may be much more to upgrade. This type of fare will include one free checked bag, seat selection, and are eligible for ticket changes (fee applies)/upgrades.

As an example, I found a flight departing New York JFK on Saturday, October 26, with a return flight from Riga RIX on Saturday, November 2, for $290 roundtrip.