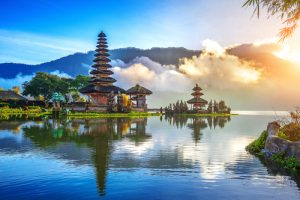 Flights to Bali from $484+ Roundtrip for Fall/Winter Travel

Dreaming about flying to the other side of the world this fall? Flights to Bali are as low as $484 roundtrip if you don't mind an overnight stop along the way. If you'd rather skip the long layover, we're seeing same-day connections from $688 roundtrip and flights from several cities around the U.S. and Canada for less than $900.

The lowest fares are on mainland Chinese carriers like Xiamen, China Southern, and China Eastern. We're also seeing some rare price drops from a few hub cities on Delta/Korean Air/Garuda Indonesia. Other airlines such as Qatar Airways, China Airlines, and Singapore Airlines are competing with good prices as well.

Travel dates vary by route and airline. Most routes are available for travel on Mondays, Tuesdays, Wednesdays, and Thursdays, from September or late October through April. A few routes may have low fares on other days of the week as well.

Peak holiday travel times departing in December or returning in early January are blacked out. There may be a 1-month max stay to get these prices, which means your return date must be less than 1-month from your departure date. This is not the case on all routes.

A few routes may have lower fares on mainland Chinese carriers that likely require an overnight connection. It can often be cheaper to book two separate tickets when flying to Bali. Flying to a closer gateway in Southeast Asia like Bangkok (BKK), Hong Kong (HKG), or Singapore (SIN), and then booking a separate regional flight may yield lower total prices, especially if your city isn't listed here.

However, if you want the ease and peace of mind, these are excellent prices for single itinerary tickets to Bali and most of these prices can get you to Bali without an overnight connection.

For more deals to Bali, have a look at our Denpasar, Indonesia (DPS) listings.

Related: Have a Long Layover? Get Free Accommodation with  These Airlines

As an example, I found a flight departing Philadelphia PHL on Sunday, October 13, with a return flight from Denpasar DPS on Monday, October 28, for $688 roundtrip.