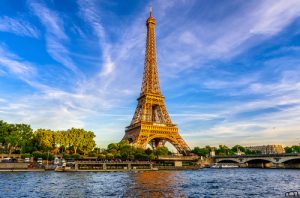 Several U.S. Cities to Europe in the $200s and $300s Roundtrip on Major Airlines

UPDATE: This has developed into a good old-fashioned fare war between a few Delta and American hubs. Sub-$300 fares to Paris and Rome have been added from Atlanta, Charlotte, Dallas, and Philadelphia.

Major carriers like American, Delta, United, and partners such as Air France, British Airways, Iberia, KLM, Lufthansa, Swiss, and Virgin Atlantic are responding to the latest Norwegian Airlines sale with some price drops of their own. Many routes are available for under $300 roundtrip. Fares go as low as $231.

Several routes that compete with transatlantic low-cost carriers—and a few others—can be found in the $200s or $300s roundtrip. Fly on a major airline and receive a classic experience complete with free meals onboard. Have a look at what we've found so far below.

Either a Saturday night or 7-night minimum stay is required for the majority of these fares. Some routes may also have availability in August or April or for daily travel.

There are plenty more routes in the $400s and $500s as well. For a complete list of deals to Europe, visit our Europe Flight Deals page.

The upgrade to a standard Economy fare may vary by airline, dates, and route. I found most to be an extra $140-$180 roundtrip. Certain dates could be much more. This type of fare includes one free checked bag, advanced seat assignments, and allows ticket changes/upgrades for a fee.

As an example, I found a flight departing Los Angeles LAX on Friday, November 29, returning from Madrid MAD on Saturday, December 7, for $288 roundtrip. Perfect for a post-Thanksgiving Day trip to Europe for a week.