Get over the mid-week hump by booking your next trip. We've found some incredible deals on a variety of airlines to tell you about today. Have a look at our top 10 airfare picks of the day. 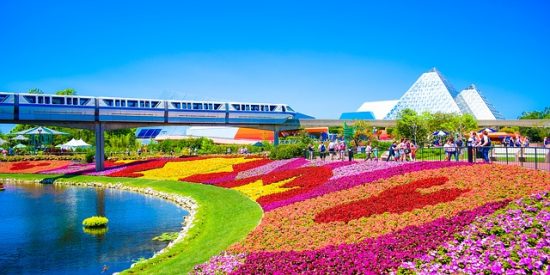 It doesn't get any cheaper than this folks. Frontier is having another "penny fare sale" on select routes and travel dates. Fly nonstop from Portsmouth, NH to Orlando for $25 roundtrip on Frontier. This price is only available for travel on June 1, 7, and 8. Fly down for a quick one night, half day trip to Disney, stay for a week, or combine one of these rock-bottom $10 one-way fares with another low fare for more cheap travel dates.

I found this price available departing Portsmouth PSM on Saturday, June 1, returning from Orlando MCO on Friday, June 7. Only a small personal item is included. A checked bag is $30 each way when purchased during booking, while a carry-on bag is $35. Pack super light and take a flight down to Florida for less than it costs to get to the airport. Island hopping in Hawaii is now much cheaper thanks to new service on Southwest. Fly nonstop from Honolulu to Kona for $58 roundtrip. This price is available for travel on Tuesdays and Wednesdays, through October. Can't fly mid-week? It's only $10 more each way on other days of the week. Hawaiian is also matching this price, but you'll get two free checked bags on Southwest, whereas Hawaiian has a charge for checked bags. I found availability departing Honolulu HNL on Wednesday, July 3, returning from Kona KOA on Tuesday, July 9. Fly one-way for only $29 if you want to book an open jaw trip on another carrier where you fly into Honolulu and back from Kona.

See all of our fares to Kona (KOA) from all over the U.S. and Canada

Fly nonstop from Chicago to Los Angeles for $148 roundtrip on American. Travel on scattered dates from September through mid-December. I found this price departing Chicago ORD on Saturday, October 26, returning from Los Angeles LAX on Saturday, November 2. It's Basic Economy, which still includes a normal carry-on bag plus a personal item on American, but you won't be able to choose a specific seat in advance or make any ticket changes. Main Cabin Economy fares are $253 if you don't like the restrictions.

Fly nonstop from Raleigh to Seattle for $197 roundtrip on Delta or Alaska Airlines. Travel on Tuesdays, Wednesdays, and Saturdays, in September. I found a flight departing Raleigh RDU on Wednesday, September 11, returning from Seattle SEA on Wednesday, September 18. If you want more choices of seats on Alaska or want to choose a seat on Delta, pay $60 more for a regular economy fare. Take a break from the summer heat and fly to the beach on this new nonstop flight from JetBlue. The cheapest flights from Phoenix to Ft. Lauderdale are just $219 roundtrip for travel from August through mid-December, excluding Thanksgiving travel. I found seats departing Phoenix PHX on Friday, August 9, returning from Ft. Lauderdale FLL on Sunday, August 18. Jetblue also has a 2-day sale for fall travel on many other routes, but this fare is actually lower than what is advertised in its sale. Fly from Dallas to Vancouver for $232 roundtrip on Delta/WestJet. Travel from mid-August through early March. I found flights departing Dallas DFW on Monday, September 9, returning from Vancouver YVR on Monday, September 16. You can potentially shave off around $14 USD if you book two separate one-way flights in each direction and use a card that has no foreign transaction fees since the return flight would be booked in CAD in order to get the lower price. If you prefer nonstop flights, Air Canada has $274 roundtrip fares from September through December, which can be brought down to $259 by booking separate one-way flights.

See all of our fares to Vancouver (YVR) from all over the U.S. and Canada 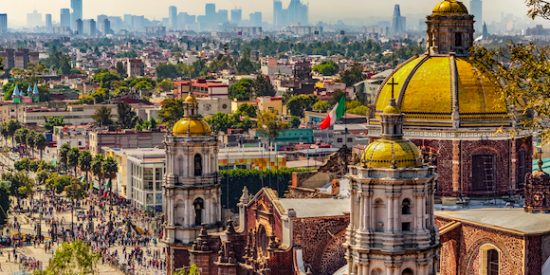 Volaris is having a 50% off promo code sale for travel through March 2020. One of the better deals in this sale is connecting flights from Portland to Mexico City for $281 roundtrip. This price can be found from late January through March. After choosing the "up to 50% off" promo on Volaris.com, I was able to get this price departing Portland PDX on Tuesday, March 10, returning from Mexico City MEX on Monday, March 16. This price includes two full-size carry-on bags with a total max weight of 22 lbs. between the two bags. Add extra weight for $24 each way or a checked bag for $38 each way. Norwegian also has a promo code sale that takes up to 30% off flights through the end of 2019. Fly nonstop from New York to Amsterdam for $293 roundtrip. To get this price, first search for dates between October and December on Norwegian.com. When you are choosing flights or dates from the flexible date calendar, look for the "campaign code" on the bottom left-hand side of the page. Enter the promo code FRIENDS2019 and you'll see the discount applied. I found this price available departing New York JFK on Thursday, November 14, returning from Amsterdam AMS on Sunday, November 17. A checked bag costs $50 each way.

Fly nonstop from Boston to Providenciales, Turks and Caicos for $313 roundtrip on JetBlue. Nonstop flights for this price are only available on a few Saturdays in October and early November. If you don't mind making a connection, there are several other travel dates for $10-$20 more on American, Delta, and United. Searching JetBlue, I found seats departing Boston on Saturday, October 12, returning from Providenciales PLS on Saturday, October 19.

See all of our fares to Providenciales (PLS) from all over the U.S. and Canada Fly from Los Angeles to Beijing for $376 roundtrip on Hainan Airlines. Departures from Los Angeles are available from late August through December. You may also return from China beyond December if you wish. I found seats departing Los Angeles LAX on Friday, August 30, returning from Beijing PEK on Sunday, September 8. You may find slightly lower fares on Sichuan Airlines, but those will require two stops and add hours on to an already long travel day.

See all of our fares to Beijing (PEK) from all over the U.S. and Canada