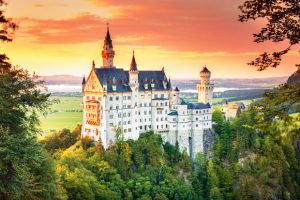 Prost to American Airlines who have brought back their unadvertised sale to Germany for a second round! Flights departing a wide range of U.S. cities are marked down hundreds of dollars to both Munich (MUC) and Frankfurt (FRA) with these latest fare deals from AA and its Oneworld partners starting at just $327 roundtrip.

Departure days will vary slightly by the route. But in general, flights from the USA are available starting daily in late October through the end of the booking calendar in April 2020. Some routes from the California Bay Area and Florida even have limited inventory left in late August and September, so click on the fare details below for more information on each city pairing.

In some instances, you may need to book with a third-party site like Priceline or Expedia to find dates that work for you, but in most cases, tickets can be booked directly on AA.com

Depending on your routing fares might also be available on British Airways and Finnair for slightly more but will allow for a broader range of travel dates. Upgrading to Main Cabin Economy will cost an additional $140 on most routes, but will include one free checked bag, seat selection, and are eligible for upgrades.

Searching American's site, I found seats departing Los Angeles LAX on Tuesday, October 29, with a return flight from Munich MUC on Thursday, November 7, 2019, for $367 roundtrip. Other dates are easy to find as seat inventory is pretty wide open.