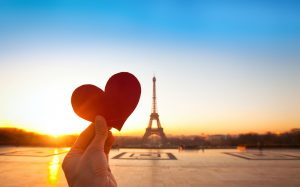 Summer Travel to Europe from $282+ Roundtrip on Major Carriers

Still looking for a cheap gateway to Europe this summer? Yesterday I mentioned some amazing $283 roundtrip, nonstop, flights from New York to Paris for fall and winter travel. Today, I've noticed that some peak summer travel dates are also available on this route with one-stop connections on Delta and Skyteam partners Air France/KLM.

I've also sought out a few other cheap gateways to Europe this summer that can get you to your dream destination as cheap as possible during the peak travel season. The main catch is that you have to return from Europe back to the U.S. starting in late August to get these prices. All routes are on major airlines, which may also include travel on American, United, and partner airlines.

Departure dates from the U.S. to Europe are available Sundays through Wednesdays, between July 14 and August 12, 2019. However, you must return from Europe Tuesdays through Fridays, starting August 15, 2019, or later.

Also, there is a one-month maximum stay allowed for these low fares on Delta and United (American may not have a max stay). This means there is a relatively small travel window for summer travel. Still, the savings are huge if you depart in late July or early August and return in late August or early September.

If you're interested in taking a longer 2-3 week, or even a month long trip to Europe this summer, have a look and see if any of these deals can work in your favor. Don't have that long to travel? Look for departure dates in early August, with a return flight in mid-to-late August, or if you can wait until fall, you can often find similar prices and more availability for shorter trips in the fall or winter.

It may be worthwhile to book a separate positioning flight to these gateway cities or onward to your intended destination since peak summer travel to Europe normally exceeds $1000 for a roundtrip ticket.

You may find slightly lower fares and/or more availability for fall travel but these are excellent deals for peak summer travel dates.

For a complete list of deals to Europe, visit our Europe Flight Deals page.

As an example, I found a flight departing New York JFK on Tuesday, July 30, returning from Paris CDG on Thursday, August 15, for $283 roundtrip. That's two weeks in Europe during peak summer travel season for under $300 roundtrip!