Looking to travel far and away this year? We have some deals to locations across the world to tell you about today. Check out our top 10 picks of the day, which includes some great weekend getaways, 2-for-1 trips, and even a few amazing fares available during peak travel seasons. 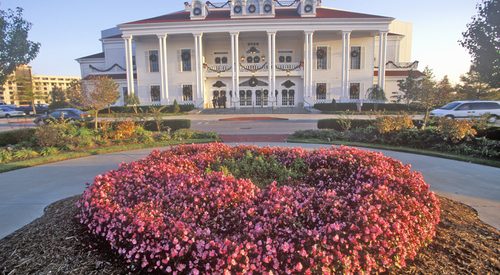 Frontier's latest batch of $20 each way fares includes a few new routes beginning this spring. One of the new routes is a nonstop flight from Dallas to Branson for $39 roundtrip. New service begins on May 1, 2019, and this fare can be found for travel on Wednesdays and Saturdays, through May 22. I found this price available departing Dallas DFW on the inaugural flight Wednesday, May 1, returning from Branson BKG on Saturday, May 4. This price only includes a small personal item. Checked bag fees start at $30 each way. Large carry-on bag fees start at $35 each way.

See all of our fares to Branson (BKG) from all over the U.S. and Canada The latest spring travel sale on Alaska Airlines has some pretty great California fares. Fly nonstop from San Francisco to Santa Ana for $97 roundtrip. Travel is valid on Tuesdays, Wednesdays, and Saturdays, in May and June. United is matching this price, but beware of its Basic Economy restrictions. I found seats on Alaska departing San Francisco on Saturday, May 11, returning from Santa Ana SNA on Tuesday, May 14.

See all of our fares to Santa Ana (SNA) from all over the U.S. and Canada 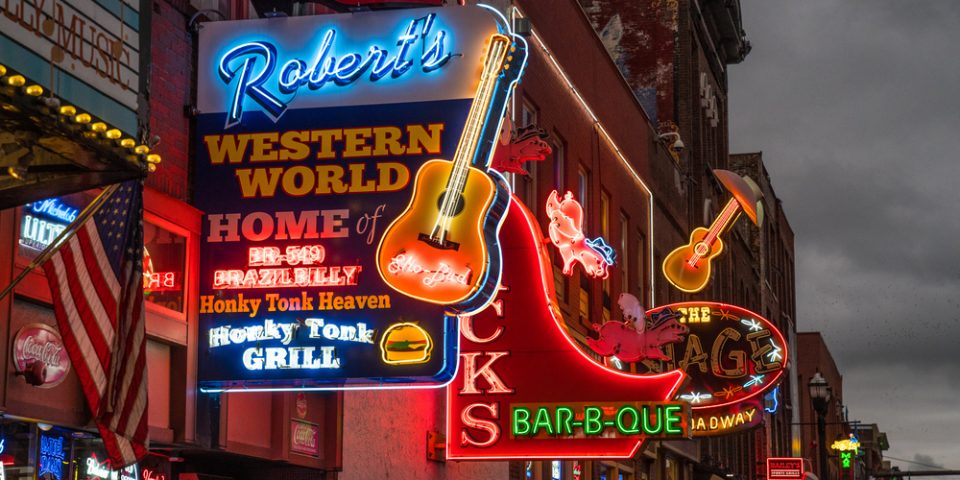 Head to music city this summer with this fantastic fare on Southwest. Fly nonstop from Chicago to Nashville for $98 roundtrip. This price can be found for travel on Sundays, Tuesdays, and Thursdays, through October, although you'll only see it for Tuesday travel during the peak summer months. Enjoy a late summer weekend departing Chicago MDW on Thursday, August 15, returning from Nashville BNA on Sunday, August 18. American and United are matching this price out of O'Hare airport (ORD) and Frontier may have slightly lower fares, but all of those airlines have basic economy restrictions. Fly Southwest to get two free checked bags and no change fees. 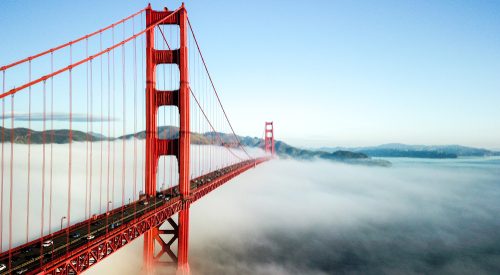 There's nothing like getting a change of scenery for a long weekend. This great nonstop fare on United from Denver to San Francisco for $127 roundtrip can make that a reality. Flights are available on scattered dates from May through mid-August. I found a summer weekend trip departing Denver DEN on Friday, July 12, returning from San Francisco SFO on Monday, July 15. Keep in mind that United's Basic Economy fare only includes a small personal item. Since a standard Economy fare is more than $100 extra roundtrip, it will be cheaper to just pay $30 each way for a checked bag if you are unable to travel that light. 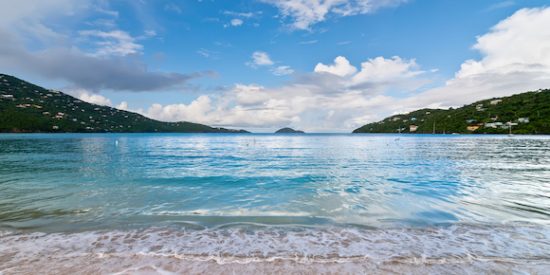 No passport required for this adventure to the Caribbean. Fly nonstop from Miami to St. Thomas for $180 roundtrip on American. Departures from Miami are available starting in late August, but you'll have to return on just a few select Mondays, Tuesdays, and Wednesdays in late September and early October to obtain this price. I found seats departing Miami MIA on Friday, September 27, returning from St. Thomas STT on Monday, September 30. Best of all, this is a Main Cabin Economy fare on American, which includes advanced seat assignments.

See all of our fares to St. Thomas (STT) from all over the U.S. and Canada

We love to find flights to Europe for less than $300 roundtrip. Nonstop flights on Norwegian from New York to Paris for $299 roundtrip fall just under that mark. This price is available for travel from mid-September through early December. I found this price available departing New York JFK on Thursday, November 7, returning from Paris CDG on Monday, November 11. You can even shave about $10 off of this price by booking two separate one-way fares in each direction.

Don't care to fly Norwegian? You'll find $315 roundtrip, nonstop flights on Air France, American, and Delta, starting in late October, but it will require travel to Europe Sundays through Wednesdays, returning from Europe Tuesdays through Fridays. Checked bag fees are slightly lower on Norwegian, but the other carriers are likely to be more lenient on carry-on bag weight. Norwegian only allows 22 lbs. total carry-on weight whereas the other airlines don't list a specific weight. 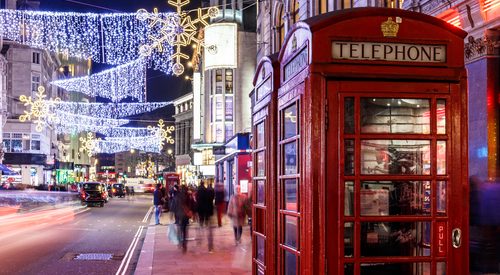 Here's an amazing deal to London that has excellent availability throughout the year. Fly nonstop from Boston to London for $359 roundtrip on British Airways, Delta, or Virgin Atlantic. The best part about this fare is that it has daily availability throughout most of the year. I even found a flight on Virgin Atlantic over Christmas departing Boston BOS on Monday, December 16, returning from London LHR on Friday, December 27. Since it's Basic Economy, a checked bag will cost $60 each way. Alternatively, you can upgrade to a "regular" Economy fare for $140 more roundtrip, bringing the total to $499 roundtrip including one checked bag and advanced seat selection. 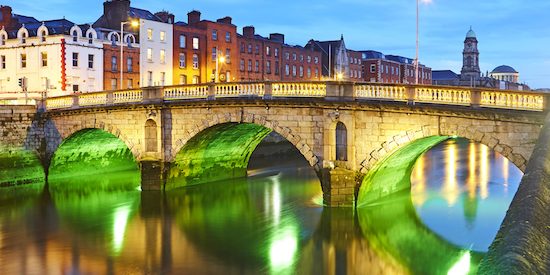 Are you looking for a gateway to Europe for a cheap peak summer trip? If you live in Orlando or can get there cheaply on a separate ticket, fly from Orlando to Dublin for $384 roundtrip on Delta or United this summer. Departures from Orlando are available Sundays through Wednesdays, between July 14 and August 12. Return from Ireland Mondays through Fridays, starting August 14. There is a one-month max stay so you can use this fare to take an extended multi-week trip to Europe this summer. Flights from Dublin to the rest of Europe are incredibly cheap if you want to see more cities.

I found tickets for this price departing Orlando MCO on Sunday, July 28, returning from Dublin DUB on Friday, August 16. Shorter trips are also available if you depart in August. This price is Basic Economy and only includes carry-on baggage. A checked bag costs $60 each way. Main Cabin Economy fares are $544-$564 roundtrip. 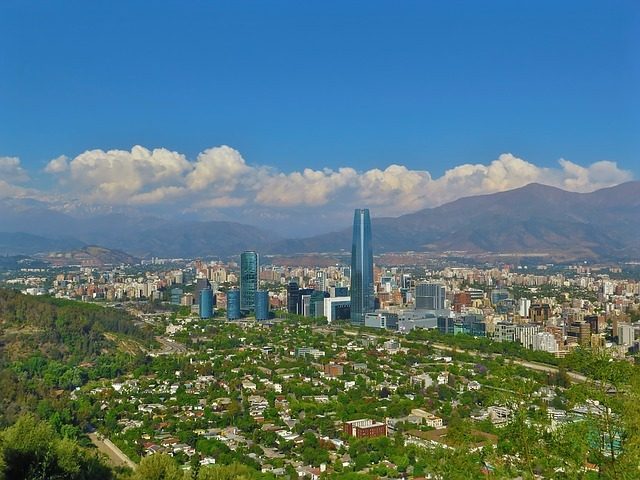 It's very rare to see a deal this good to Chile. Fly from Vancouver to Santiago for $629 CAD roundtrip ($472 USD) on Aeromexico. This one is tricky to find as it doesn't show up on flexible date search calendars. You'll simply have to plug and play dates in May/June or from late August through November. When I checked, I found this price available departing Vancouver YVR on Wednesday, November 6, returning from Santiago SCL on Saturday, November 16. Look for similar fares from other Canadian cities Toronto (YYZ) and Montreal (YUL). These fares may require an overnight layover in Mexico City, but take that as a great 2-for-1 trip opportunity.

See all of our fares to Santiago (SCL) from all over the U.S. and Canada Though we sometimes see this route drop much lower than this, it's rare to see this great of a deal on a top airline. Fly from Los Angeles to Bangkok for $517 roundtrip on ANA. There are plenty of great deals on ANA today and you can also book an "open-jaw" multi-city trip to Southeast Asia by flying from LA into Singapore (SIN), and back to LA from Bangkok for only $490. On such an itinerary, you can simply book a super cheap flight from Singapore to Bangkok and visit a few Asian cities all in one trip. And don't forget you can also add a stopover in Tokyo for around $100 more.

This price is available for travel on Mondays, Tuesdays, Wednesdays, and Thursdays, departing from the USA in September or October. You may return on travel dates beyond October as well. I found seats departing Los Angeles LAX on Wednesday, September 25, returning from Bangkok BKK on Wednesday, October 9.