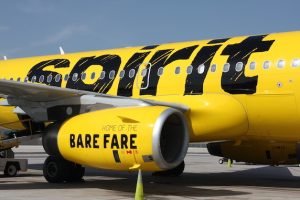 Today Only! 75% off Promo Code Sale on Spirit from $61+ Roundtrip

Spirit Airlines is having another promo code sale valid for purchase today only! Take up to 75% off the base fare for travel this spring. Fares start at just $61 roundtrip.

Just enter promo code 75PCT when booking on Spirit.com to apply up to a 75% discount to the base fare for roundtrip travel on Tuesdays and Wednesdays, from April 24 through June 18, 2019. Avoid blackout dates on May 22 and 28.

There is also a long list of excluded markets for this sale. However, I'm finding that all routes are being discounted, even if they are listed as excluded.

As an example, after entering promo code SAVE75 on Sprit.com, I found a flight departing Los Angeles LAX on Tuesday, May 7, returning from Myrtle Beach MYR on Wednesday, May 15, for $175 roundtrip.