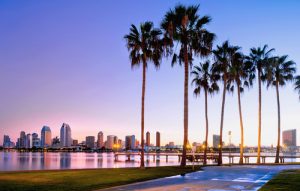 Unadvertised Fare War on American and United from $102+ Roundtrip

American and United are slashing prices between select cities across the nation. There are some especially good deals to Norfolk (ORF), New Orleans (MSY), and San Diego (SAN). Fares start as low as $102 roundtrip.

Rules and restrictions vary by route, but most are available on scattered dates throughout the year from April through February 2020.

Peak summer travel from mid-June through mid-August will either be blacked out or extremely limited to midweek travel dates and peak winter holiday travel will have higher prices on all routes. Some routes will only be available for travel on Tuesdays, Wednesdays, and Saturdays. Click on the fare details below for more info.

Sample Fares on Both American and United

In general, it should cost $60 more roundtrip for an upgrade to a standard Economy fare. This will include a full-size carry-on bag on United. It will also include advanced seat selection and allow for ticket changes/upgrades on both American and United. A checked bag is the same $30 fee each way.