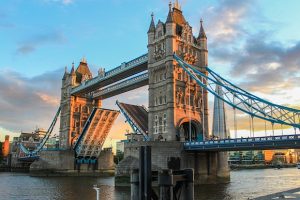 We are seeing some fantastic fare deals to London today starting as low as $369 roundtrip for spring, late summer, and fall travel. While low-cost carriers like Norwegian and WOW air often offer deals in this range, it's rare to see such a wide range of "full-service" airlines like Virgin Atlantic and British Airways following suit.

What makes these fares above the ordinary is that many are available during seasonal periods that often see much higher prices. Flights in May, late August, and September can be found departing a handful of U.S. airports for hundreds less than the typical going rate.

Travel days will vary by route, but you'll have the best luck finding seats from April through May then again from late August through early December. Daily departures are valid on many of these routes and a Saturday night stay is required.

As with all unadvertised sales, these fares might disappear at any moment. So we recommend you book ASAP to avoid missing out on these discount deals to jolly old England.

Most of these fares fall into the Basic Economy fare bucket, meaning they only include a carry-on bag plus one personal item. Checked bag fees and seat assignments will cost additional.