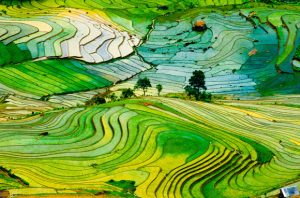 This week we've seen some pretty amazing deals to destinations in Asia like Hong Kong (HKG) for lower than $350 roundtrip. While these ANA fares don't dip that low, there is some really great value to be had with the lowest fares starting at $535 roundtrip. Especially, if you take advantage of ANA's generous stopover policy in Japan and turn these itineraries into a 2-for-1 deal, because nonstop fares to Tokyo (NRT) have been higher than usual as of late.

Dates vary on each route, but for the most part, you'll have the best luck searching in April and early May for these flight deals. Travel is valid for Monday through Thursday flights, and most require a Saturday night stay. Select routes have availability in late summer and fall, with inventory opening back up in August and September.

ANA is listed as a Skytrax 5-star airline and has some of the best service in the skies. Another thing to take note of is that many of these fares have quick and easy connections unlike some of the other deals to Asia we've seen that require 8+ hour long layovers.

As with all unadvertised sales, they might disappear at any moment, so don't waffle on your travel plans and book with a vendor that allows for free 24-hour cancellation if you need to mull it over.