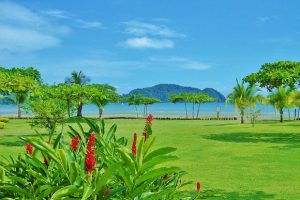 Costa Rica on Sale: Roundtrip Flights Starting at $257 Roundtrip from Most Major Markets

Do you know the way to San Jose? We do! Today we're seeing some tremendous unadvertised deals to Costa Rica from most major U.S. markets. Flights to this Central American hotspot are well below the average going rate with many tallying under $300 roundtrip! Spend your next holiday enjoying the Pura Vida watching the waves roll in with a tropical drink in hand.

Since each route is different, departures days will vary, but for many of these fares, you'll see select dates available for spring and fall travel. There's a multitude of airlines offering these sale prices, so its best to click on the links below to see which carrier has marked down tickets from your local airport.

As with many unadvertised deals similar to this one, these reduced prices could disappear at any time, so its best to book ASAP to avoid missing out on these fantastic fares. Most airlines and booking sites will allow for a free 24-hour hold or cancellation to allow you some flexibility if you change your mind.

This is just a sample list if you don't see your local airport above that doesn't mean that it isn't marked down. Make sure to check the San Jose (SJO) and Liberia (LIR) deal pages to see what's available near you.